Shandon is filled with architectural jewels. Some, like this renovated home, have become treasures with the right expertise and attention to detail. 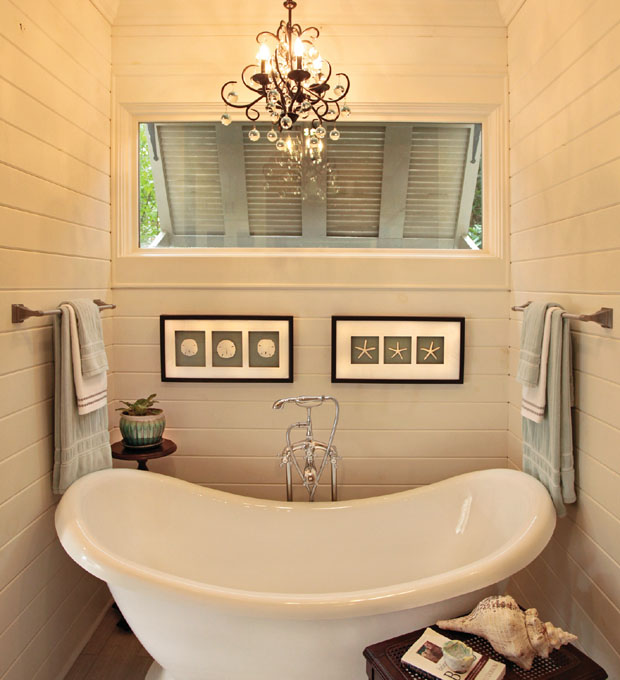 Call it Kismet. Brantley Jones, builder and developer, and a family seeking a special home think they were made for each other. When Marty and Chappell walked into the ongoing-renovation project already being carried out by Brantley Jones, sparks flew and history was made. His dream project acquired devoted owners, and their search for the perfect Shandon home ended.

2014 is the year it came together for them all. On an icy January day, Marty and Chappell wearily pursued their long quest for a Shandon house with a visit to Wilmot Street. Three months later, they were living there and rejoicing in their good fortune. Everyone concerned believes it is the perfect spot for exactly the right people.

Brantley Jones’ construction business specializes in renovations and restoration of existing properties. (He builds new homes, too. That’s his idea of a vacation.) He likes updating, enlarging and improving classic structures and has found ways to overcome the obstacles which sometimes crop up. He searches out the aging gems, which sometimes have fallen into disrepair, and comes up with innovative ways to preserve the integrity of the original design while bringing it into the 21st century. The Shandon neighborhood of Columbia, of course, is a treasure-trove of such jewels.

When he acquired the Wilmot house, it had been occupied by the Weed family for many decades. Well cared-for and not much different from its earliest incarnation in 1928, the bungalow of small rooms stood on a handsome but narrow lot with a large back yard. Plenty of room to expand toward the rear and still enjoy a garden. Interior walls were removed and the back of the house demolished. Adding a two-story wing more than doubled the square footage (from the original 1200 square feet to the present 3200).

On the Shandon-Hollywood-Rosewood Tour of Homes in 2014, his completed handiwork is displayed, a five-bedroom, three-bath house with formal living and dining as well as family room and a playroom. Yes, the house did have handsome heart-pine floors which responded to careful cleaning and polishing. The renovator conducted a wide search and came up with No. 1 grade antique heart pine flooring to match, so that the extension blends seamlessly. The same attention to detail appears in lighting fixtures, hardware and cabinetry. (There are two solar tubes in the kitchen that bring in so much natural light during the day that often there is no need to turn on indoor lighting.)

As often happens in old houses, the floors were not level. The remodeler installed piers underneath and bigger beams for bracing.

An amazing pride-and-joy feature is the addition of “cast stone” for the fireplaces and kitchen counters. Builders know this as GFRC: Glass-Fiber-Reinforced-Concrete, molded to specifications and installed for permanence. Fireproof and durable, it has the strength of concrete and the light weight of fiberglass, and best of all, a cost-effective price less than half what installing native stone would require. With four fireplaces and the kitchen, this saved thousands of dollars. Brantley Jones had used this material before but this is the first time he has installed it in a residence. It won’t be the last.

The façade retains its integrity, a true Craftsman cottage with interesting windows above the columned porch. The front steps are now stone, complementing the interesting woodwork on the porch.

As for the new owners: Brantley Jones could not have found a better heir to his handiwork. Chappell loves to sew and has jumped in to create window treatments and pillows in bright colors throughout the house. Her grandparents’ wicker chairs have settled comfortably onto the front porch, outfitted with new cushions made by Chappell. They admit to being a do-it-yourself family who eschewed a professional decorator in favor of using things they like without regard to fashion or trends. With two young children, they don’t aspire to a spotless environment or expensive furnishings.

From Chappell comes this expression of their sentiment:

“We have wanted to live in Shandon ever since we got married in 2001, but we never found the right house at the right time until now. We love the tree-lined streets, the walkability of the neighborhood, the in-town location, the schools, and the general charm of the neighborhood. We wanted to move to Shandon so much that we were willing to downsize. We ended up finding a house that is one bedroom and one bathroom bigger than our old house instead! But it was so perfect for us that we had to snatch it up. We love it just as much as we hoped we would… the house and the neighborhood. We walk the children to school and preschool, to church, to the park, to my parents’ house, and sometimes to restaurants!”

The Shandon-Hollywood-Rosewood Tour of Homes is scheduled December 7, 2014.