The journey to New York Fashion Week began in Vietnam.
by Katie Gantt 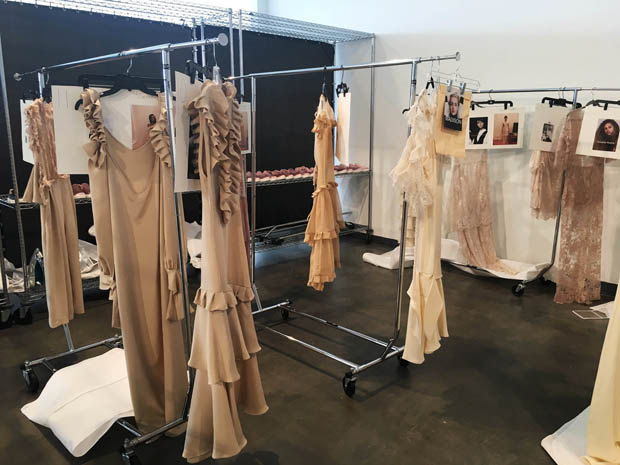 Many who appreciate fashion as an artistic medium and form of self-expression may have, at some point, harbored dreams of sending willowy models down the runway in a collection of their very own designs. Even wilder dreams would perhaps encompass said collection being met with praise and accolades from seasoned industry insiders, members of the press, and fellow designers.

For local designer, Minh Le, this fantasy met with reality in what may have appeared, to an uninformed observer, to be an overnight success. Instead, Le’s journey to New York Fashion Week began decades ago, during her childhood in Vietnam.

Raised by her grandmother, young Le enjoyed creating clothes for her dolls from scrap fabric. Her grandmother observed her innate ability and took a step to encourage the hobby by gifting her granddaughter with a sewing machine. By the time Le was a young woman in Vietnam, she had begun her own sewing and alteration business. A steady stream of repeat clientele, nearly always indicative of high-quality craftsmanship, kept her busy until she relocated to the United States in 1997.

Once in the States, Le started a family of her own and continued to thrive as a seamstress. She also owned and operated a successful nail salon in Lexington for many years. “I still had dreams of becoming a fashion designer,” she says. “But while my children were growing up, I focused on providing for them and since I was doing well in my businesses, I put my energy into that.” 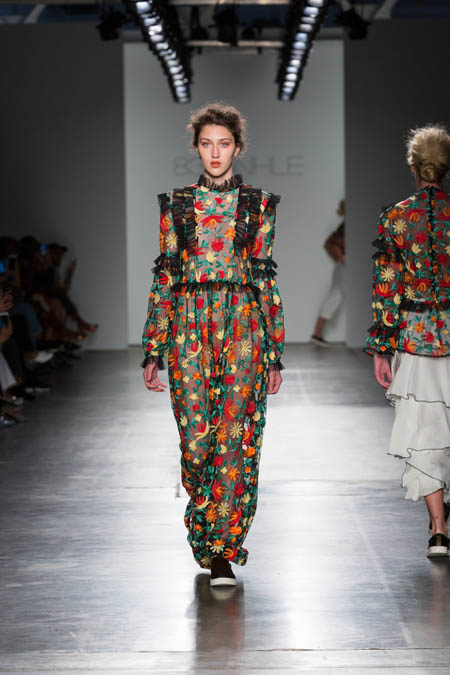 As her children flew the nest and away to college, she found herself with more — ever so conducive to creative endeavors — free time on her hands. The once distant dream began to loom larger and larger in the forefront of her mind. She decided to take the leap and in a surge of creativity hand-sewed her very first collection in a matter of months.  831MINHLE was hatched.

In an extremely rare, fortunate string of events, Le’s first collection went on to show, first-stage, at New York Fashion week in the fall of 2017. She also showcased as a featured designer at Charleston Fashion Week the same year — a show that Le describes as more difficult for designers to get accepted into than New York.

Her collection was met with rave reviews. Press coverage poured in from prestigious publications to include Elle.com, Nylon.com, The Cut, Instyle.com, Washington Square News, among others. One of her gowns was even featured in Vogue Italia. Buyers from various high-end department stores expressed an interest in carrying items from her collection for sale in their stores, but Le lacked the at-minimum, five figure investment it would take to have her one-of-a-kind, hand-sewn pieces mass-produced by manufactures for retail sale.

Le skipped the 2018 season to focus her time and energy on the opening of her new, Lexington based boutique, by the same name as her line: 831MINHLE. But, fear not, she is back with a colorful vengeance for the 2019 season.

Her new, sophomore collection recently debuted at Charleston Fashion Week this June – once again to very favorable reviews. The new collection is in stark contrast to her first. The freshman line was soft, ethereal, and completely comprised of neutral tones. 2019’s collection is full of bold, color-blocked pieces, with a focus on the iconic blazer.

“I wanted it to be noticeably different from my first collection. So, that meant color. I then decided to focus it around the blazer. It’s one of my favorite wardrobe pieces in terms of its versatility and ability completely transform an outfit,” she explains. “Wear a blazer with jeans, a dress, as part of a pant suit — it instantly adds something special to any look. Being that I design with the more mature, businesswoman in mind, it just made sense to me as a focal point.”

Le hopes to once again take the runways of New York Fashion Week by storm this year, this time with a kaleidoscope of bold Vietnamese silks, pantsuits, and of course – blazers, though the final decision to go has not been made at the time of press.