A Farm in the Sea

Harvesting Oysters For a Changing World 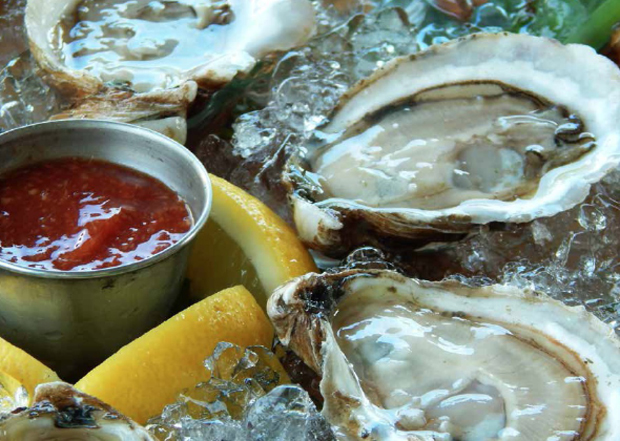 There’s one place in the world where single ladies and phat ladies are celebrated on a daily basis, and that’s in Seabrook, South Carolina at Lady’s Island Oyster. But these ladies aren’t actually ladies at all, they are the names of types of oysters cultivated at this oyster farming operation owned and tended to by Frank Roberts.

Single Lady and Phat Lady are the amusingly named varieties of oysters that Roberts has specially cultivated in the waters of the St. Helena sound. The name of the company, Lady’s Island Oyster, was coined due to simple geography — they are located on the north side of Lady’s Island. The Single Lady oysters are named for the way that they are grown. Roberts takes special care to make sure that when the oysters are ready to settle and grow, they settle singularly, not in clusters. This gives each single oyster the opportunity to grow in all directions to a whopping two and a half to three inches, with a prized deep cup. “A deep cut means more meat,” said Roberts, “That’s why we say cup size matters.”

His oysters have about a 60 percent ratio of meat weight to shell weight, which is the opposite of wild oysters. Additionally, the way that they tumble the shells later on create shells that are much more easily shuckable, making restaurants and the workers there who have to shuck oysters love them, said Roberts. It takes about a farmed year for an oyster to be ready for harvest.

The use of floating gear to grow maricultured oysters is a major change in South Carolina that has occurred in the last several years, and has recently seem more interest, according to Ben Dyar of the South Carolina Department of Natural Resources (SCDNR). Roberts uses this process, which works well for the unpleasant weather conditions, like hurricanes, that can come on quickly in South Carolina’s Lowcountry. If bad weather conditions develop, the gear can be sunk to safe conditions in less than a minute.

Besides the safety reason, this method lets the oyster gear float in the food zone, where sunlight can still penetrate. This means there’s a lot of phytoplankton for the growing oysters to consume and they grow much more quickly than wild oysters, which can take about three years to mature along the sea floor where there are less nutrients.

The area where Roberts grows his oysters is special unto itself, and he takes pride in being able to use it to create unique flavors. “Here in the Lowcountry, we don’t have rivers and streams flowing from the upstate through cities and industrial areas — we have an eight-and-a-half-foot tide that is ocean water in, and ocean water out,” said Roberts. “This is one of the few places in the world that has this environmental phenomenon.”

This means that the area isn’t being brought a ton of pollution, runoff, and it doesn’t disturb the salinity of the water. Oysters require a specific level of salinity. Too much of an influx of salty or fresh water can kill oysters.

Harvesting wild oysters only is a slowly dying way of life, it seems. “Gulf oyster growers are in trouble,” Roberts said. “Ten years ago, you could fill a boat [with oysters] in just one tide but now we have to hit four to five spots for five to eight bushels.”

The future of oysters seems to be farming because oysters are more than just a locally enjoyed specialty now, the word is out, and everyone wants a taste of the sweet, briny bivalve mollusks. “We’re encouraging people to eat our single oysters until a recovery plan for wild oysters can be put in place,” said Roberts. And despite the fact that he makes a living off of farming oysters, he wants to see wild oysters retain their place. “Especially in Beaufort, wild oysters are part of the fabric of our lives.”

Wild commercial harvest landings have been relatively stable over the last two decades with no major decline in regards to abundance of South Carolina oyster populations, but there have been signs of potential increased pressure in some locations especially on state managed grounds, according to the SCDNR. “We continue to pursue management tools and avenues to further the support of a sustainable commercial industry in South Carolina,” said Dyar.

Oyster farming is taking some pressure off of the naturally occurring reefs and is helping to rebuild them. Roberts estimates that they have put out 1800 bushels of wild oyster sets, along with bamboo for the oysters to attach to.

Roberts has seen many changes to the oyster industry over the years since he began in 2007. One of the most significant may be that people are now able to make a full-time career out of oysters, whereas when they could only rely on the seasonal wild harvest, it was a part-time job. In 2017, laws were passed to allow oysters to be harvested in the summer months, as long as they have a mariculture permit to do so. The harvest of wild oysters is still not allowed in the summer months.

Giving Back to the Water

But the oysters and Roberts aren’t just taking from the waterways without giving back. The very fact that the oysters and oyster gear are there in the water is a huge boost to the environment. Oysters filter the water they grow in by pumping a large volume of water through their body. Water comes in through the oyster’s gills and plankton, algae, and other particles floating in the water become trapped in the mucus lining their gills. Fresh water is returned to the water they live in. “We grew four million oysters here last year that filtered 200 million gallons of water every day, and no one’s getting a tax bill over it,” said Roberts.

Floating oyster gear also brings more wildlife to the area. Crabs, shrimp, and juvenile fish are all looking for hiding spots from predators, and the gear provides just the spot. This allows these creatures to grow to maturity, and then humans can fish around the gear and get easy catches off of adult fish and crustaceans. One last thing that oyster farming does that’s positive, said Roberts: “Happy oysters spawn, and that adds to the wild stock, making this a restorative tool.”