A Lifetime of Healing

This Philadelphian embraced Columbia and has spent his life here taking care of patients, teaching future physicians and assisting those in need.

By Jackie Perrone  Photos by Rob and Jon Photography 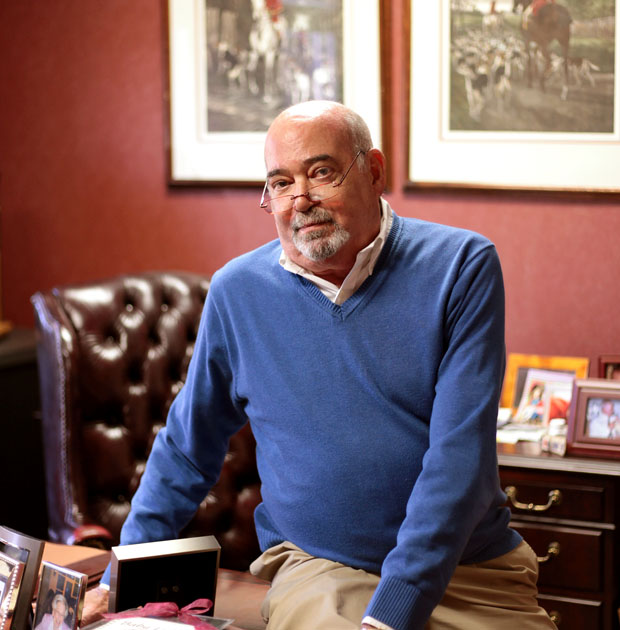 Hippocrates got it right 2500 years ago. Use your skill to benefit humanity, practice the art as well as the science of medicine, and of course, Do No Harm.

Dr. Jay Markowitz knows exactly where he stands on the practice of medicine. “I am a Traditionalist!” he proudly proclaims. “Ever since I entered medical school about 50 years ago, I have upheld the standard that a physician should use his skill and intelligence and deductive reasoning to improve his patient’s life. Everything else is secondary.”

Dr. Jay was born in Philadelphia and found his calling early. He began college on a scholarship in biology at Villanova, but landed some summer jobs assigned to surgical research at Temple University, where he later transferred to complete his college years and medical school. Two years of military service at Fort Jackson brought him to Columbia.

“Dr. Jay’s” medical practice has been centered in the Midlands of South Carolina. The Pennsylvanian liked what he saw in Columbia while serving at Fort Jackson, and settled here to raise his family and serve his new community. Now approaching age 70, he is giving some thought to retirement after perhaps another five years. He looks back on a rewarding career of his Internal Medicine practice, some teaching, and involvement in overseas mission work.

“At Villanova, a Catholic school, I was one of two Jews in the entire student body. My parents were not especially devout, but they did see that I received the Jewish religious education. For most of my life, I have lived among overwhelmingly Christian communities, and have seen the wonderful things they have accomplished. Interestingly, I find that if I should choose to, I could embrace Christianity without giving up a single tenet of my Jewish education. I feel comfortable among these people.”

He was the second physician hired at the new Lexington Medical Center. He assisted in organizing the University of South Carolina School of Medicine. His service on local Boards and community committees brought him the Order of the Palmetto from the South Carolina governor.

This Traditionalist believes that we should embrace the technology and advances which are revolutionizing the practice of medicine today, without abandoning the hands-on personal techniques which bring doctor and patient close together. He has been teaching medical students for many years, emphasizing that they must engage with the patient and seek understanding along with the diagnosis. “A thorough understanding of the disease process and the person experiencing it can lead to forecasting the future: what this may mean to this person in 10 or 20 years. The electronic devices which expedite our record-keeping can’t do that for the physician.”

During these decades of medical practice and community service, Dr. Jay stockpiled many stories of patients and students. One anecdote he still uses with his students:

“I was meeting with two freshman medical students at the hospital when I was paged from the ICU. The students came along as I examined the patient there with his tubes and technology assists, then I asked them to use a stethoscope on this person and tell me what they heard. These were freshmen who were still slaving over textbooks, with no clinical experiences. Their report: One said the ventilator was making so much noise he couldn’t hear anything. The other thought the patient’s heartbeat was somewhat irregular. I asked if they looked at the monitor; they had not. The monitor was flat-lined. This person had died, and I had been called in to certify the time of passing so the machines could be disconnected.

“The physician must look at everything – the chart, the equipment, what’s on the bedside table, and everything about the patient’s demeanor. It’s likely those two students never forgot what they learned that day.”

The business side of medical practice has changed as much as the technology aspect. Expensive tests may be ordered simply to avoid lawsuits, and bill-collecting may overshadow the higher goals of serving patients. Dr. Jay has never been sued, and believes that his standard of personal interaction with each patient often outweighs the call for more tests.

He participates in outreach both locally and overseas. Through the Midlands churches who take supplies to communities in distress such as Haiti and Africa, he has donated equipment and supplies in large numbers. Whenever his office upgrades technology, the outdated devices are donated for missions to such places as Bolivia or Mexico, such as an analyzer or an EKG machine. Samples of medication can be passed along also. He works closely with the social workers of indigent care programs of pharmaceutical companies, providing patient care and medicines without charge to many. This kind of attention can reduce the need for admission or re-admission to hospital care.

He believes that this careful ongoing attention provides the best care anywhere for diabetics, thus helping patients avoid the extreme complications which can damage heart and kidneys and limbs.

Dr. Jay plans for retirement knowing that he leaves his cherished practice in good hands, as his partners Dr. Tanya Seawright and his son Dr. Brad Markowitz share his views on patient care. His other son, John is a pediatric gastro-enterologist in Greenville. And Brad’s wife is an ophthalmologist at USC School of Medicine in Columbia. The name Markowitz continues its medical tradition.

The Hippocratic Oath is one of the oldest binding documents in history. Written in antiquity, its principles are held sacred by doctors to this day: treat the sick to the best of one's ability, preserve patient privacy, teach the secrets of medicine to the next generation, and so on. "The Oath of Hippocrates," holds the American Medical Association's Code of Medical Ethics (1996 edition), "has remained in Western civilization as an expression of ideal conduct for the physician." Today, most graduating medical-school students swear to some form of the oath, usually a modernized version. Indeed, oath-taking in recent decades has risen to near uniformity, with just 24 percent of U.S. medical schools administering the oath in 1928 to nearly 100 percent today.