A Peace of Soul 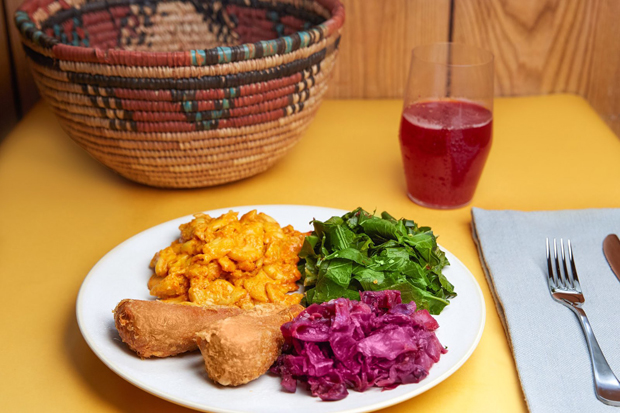 What happens when you’re raised strictly vegetarian, enjoy cooking and want to make your community healthier?  You open a vegan haven in the middle of your capital city. A Peace of Soul Vegan Kitchen is a 100% plant based restaurant owned by Folami Geter. For Folami, plant-based foods are not a trendy fad, it’s her only way of life. She inherited her lifestyle and cooking methods from her father, the owner of Columbia’s first vegan restaurant – Lamb’s Bread Vegan Soul Kitchen. “Vegan is second nature to me.” said Folami. “I was raised strictly vegetarian and have never eaten meat. I would have no idea what to do with actual meat. So, I cook what I know, the foods that I grew up eating and the foods that I wanted to try.”


For Folami, A Peace of Soul is more than a restaurant and more than a profession. It’s a place where she carries on the legacy of her father's delicious foods such as the purple cabbage, collards and black eye peas. It’s her life’s calling. To advance her mission, Folami took a risk and closed the restaurant’s doors for over a year to conduct major renovations to the building located at 2338 Main Street. At the same time, she rebranded Lamb’s Bread to what we now know as A Peace of Soul. “I decided to rebrand because I purchased the restaurant from my father whose ideas and tastes are very recognizable. I was seeking to make the restaurant a reflection of me in every way, from the menu to the decor. Outside of my son, A Peace of Soul is my life’s work, so I believe that should show.” 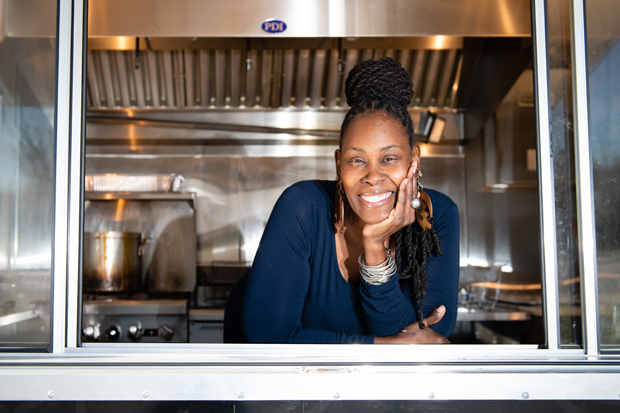 Folami reports that the process of rebranding and renovating was tedious. The restaurant needed a total facelift and having minimal experience with the process of renovation made the project challenging. Another major focal point was maintaining a presence in the community while the brick and mortar doors were shut. As a solution, the Peace of Soul food truck was born. Branding designer Jessica Boyd created the wrap for the outside of the truck – a wrap emblazoned with images of actual dishes created by the restaurant. Folami hired Rodrick Shiver as the project manager to assist with LCB Contracting. The food truck gained a ravenous following while the restaurant was closed – Folami's gamble paid off big. In February of 2020, A Peace of Soul’s grand re-opening was met with tremendous support. The ambiance of the restaurant is modern, open and bright with a 4.5 rating on yelp and the restaurant’s Instagram following as grown to over ten thousand.


It’s important to know that Peace of Soul does not recruit vegans.  In fact, most of the customer base is not vegan or vegetarian. Most newbies are there to be adventurous and end up becoming faithful clients. The current bestseller is the hand battered “chicken” sandwich,” a mock-meat made from soy and wheat protein. Other fan favorites include the mac and “cheese,” “bacon cheeseburger,” and “chili-cheese” dog.


What's next for Folami and the crew at A Peace of Soul? “The sky's the limit,” said Folami.  It's my intent to offer an alternative in my community that's healthier but still delicious. We make it clear that going plant based doesn't necessarily mean that you're losing out on anything. You can taste the love in every bite. That's our recipe for success. “