The Hammonds Rise to the Occasion 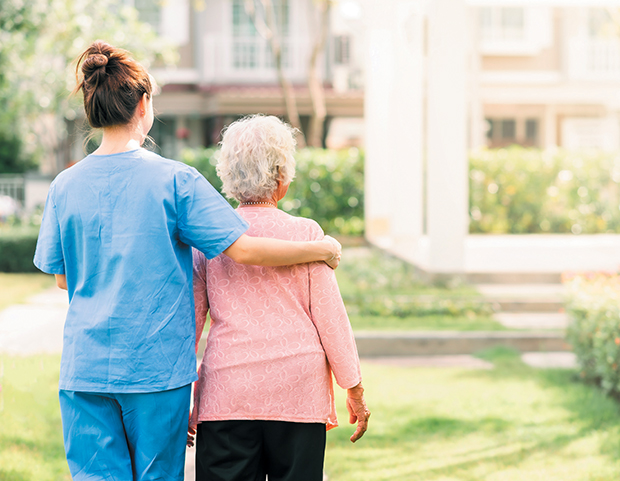 The 2020 Pandemic was as much a surprise to Rachael and Carl Hammond as it was to everyone else. They had launched AmeriCare Midlands Home Care Agency with high purpose: to provide assistance for elderly patients who needed help with the tasks of daily living but wanted to stay in their homes. The Hammonds had years of successful careers behind them, and knew they could build an agency to meet these needs and serve their neighbors. What they – and everyone else – did not anticipate was the shutting down of normal life, bringing with it the extra demands of a highly infectious disease with sometimes deadly consequences.

AmeriCare was structured to provide professional healthcare services. Thanks to wise adjustments and sound medical practices, the agency which had expected to deal with ordinary disabilities went into high gear and took on the added responsibilities of coping with Covid-19. They were up to the challenge, and today AmeriCare is even stronger and more capable than in the pre-Pandemic years. The owners are proud of the level of services they offer in the Midlands of South Carolina.

“I was drawn to the medical field as a career from an early age,” says Rachael.  She entered it via the path of a bachelor’s degree in Ultrasound, followed by 20 years of experience working for vascular surgeons in VA, FL, and SC. At the same time, Carl Hammond was earning his degree in civil engineering, followed by a career in the U.S. Army. Upon arriving in South Carolina, he earned his MBA at the University of South Carolina.

Personal experience in family life helped to propel them into starting their business as healthcare providers. Rachael recalls that her grandmother received wonderful care at home during the last years of her life. “We were blessed,” she says, “to find an incredible caregiver who treated her with love and compassion.” They knew first-hand what a toll can be taken on family members called to care for aging family members, and subsequently, what relief and reassurance are provided when a caregiver can step in to relieve them.

The sudden disaster of Covid-19 produced some lesser-known problems along with the obvious ones of illness and danger. Contact with others in the business world dropped to near-zero. According to the Hammonds, in-home care has mostly been a business based on professional referrals and word of mouth. In 2020, referrals shrank as people reduced their social interactions. And in the same vein, recruiting for caregivers became much more challenging with the self-imposed isolation. AmeriCare persisted, and when the arrival of vaccines made a more open society possible, these administrative issues were handled effectively. Thus, the additional rewards:

“We enable folks to remain in the comfort and safety of their own homes, keeping them safe, well-nourished, compliant with medications, and able to go to appointments.

Another reward for us includes seeing the peace of mind we can bring to families, by providing care for their loved ones. And there’s yet another reward, in that we are providing jobs for caregivers.”

They like to tell about the overburdened daughter whose parents were struggling with failing health, and the relief she expressed that they are now getting the care they need. And there was another daughter who spent some time in the hospital and had to find alternative care for her mother during that period. The mother’s condition improved so dramatically during that short time that they realized she could benefit from continuing the arrangement. It turned out to be the best idea for all concerned, with both mother and daughter as well as Rachael and Carl Hammond rejoicing in the progress being made.

The Hammonds observe the continuing increase in the Midlands’ senior citizen population, both from long-term residents and from an influx of newcomers, many of them retirees from other regions. It’s a clear indicator of future growth in this community. AmeriCare’s owners are committed to making a positive contribution to families and caregivers in the Midlands of South Carolina.