Is it a Super Food or a Super Fad? Get the facts, and then decide. 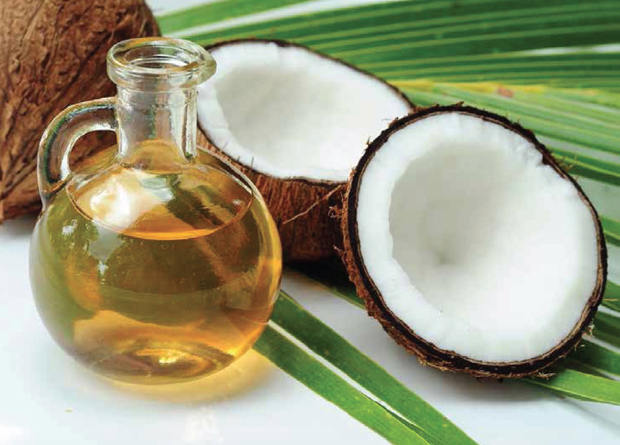 Coconut oil is in the forefront of news and social media as nature’s latest number one super food.  Endless claims tout this tropical oil’s health benefits, a cure-all for everything including Alzheimer’s Disease, Heart Disease, boosts the immune system, promotes weight loss, and slows the aging process.

Despite the extra cost, $12.00 - $18.00 per pint of extra virgin coconut oil, it is becoming a household staple used in everything from smoothies to butter.   Should you sign up for an oil change???  Not so fast.

According to a 2016 survey published in The New York Times, 72% of Americans think coconut oil is healthful.  Only 37% of nutrition experts surveyed agree. The evidence of coconut oil being super-healthful is not convincing and these claims appear to be more testimonials than clinical evidence.  Research is more sound and established in backing the health benefits of unsaturated fatty acids.

The Anatomy of Coconut Oil

Sometimes categorized as fruit, a nut, or a seed, technically coconuts are a drupe.  This is a type of fruit that has a hard covering around a seed.  Other foods classified as drupes include olives, cherries, and walnuts.

Most saturated fats are solid at room temperature, found in animal products – meat, poultry, and dairy, and contain cholesterol.  Tropical oils - palm, palm kernel and coconut oils are saturated fats but may be solid, semi-solid, or liquid depending on the room temperature and do not contain cholesterol.  Coconut oil’s saturated fats are a different composition, consisting primarily of medium-chain triglycerides, or MCT’s.  Some experts say the body may handle these differently than long-chain fats in fatty meats, dairy, and other vegetable oils.  Unlike other saturated fats, coconut oil contains no trans-fats.

In the past, it was widely used in movie popcorn, candy bars, and commercial baked goods but was phased out because of consumer opposition to unhealthy tropical oils.

Is it heart healthy?

The American Heart Association says to limit saturated fat intake to no more than 13 grams daily.  That’s the amount in one tablespoon of coconut oil.  The effect on cholesterol levels is still being studied.  Limited research shows that coconut oil raises HDL (good) cholesterol levels.  But it also increases LDL (bad) cholesterol levels.  Whether it alters the risk factor is unknown.  We do know that Polynesian cultures who consume the oil from fresh coconuts as their main fat do not have high rates of heart disease.  Bear in mind, their fat consumption is only one lifestyle factor that is considered in this discussion.

Does it prevent and treat diabetes?

There is a possibility that medium-chain fatty acids found in coconut oil may behave differently in the body than other fats.  Currently, there is no direct evidence that coconut oil increases insulin sensitivity or can be beneficial in preventing and treating diabetes.  The American Diabetes Association recommends limiting the use of coconut oil because of the high saturated fat content.

Can it reverse Alzheimer’s disease?

A recent study from the University of Oxford suggests that the positive effects of coconut oil with Alzheimer’s and dementia patients may be temporary, but short-term benefits have been observed.  The research supports the theory that ketones, which are byproducts of the breakdown of fats in the body, play an important role in brain health.  Boosting ketones found in coconut oil may improve cognitive function.  The research and clinical evidence supporting the benefits of coconut oil in this disease process are limited.

Does it promote weight loss?

Because coconut oil is a source of medium-chain triglycerides (MCT), it is not stored in the body as fat as readily as other oils having a different chemical composition, containing long-chain triglycerides (LCT).  MCTs boost metabolism and satiety possibly resulting in weight loss.  But at 117 calories per tablespoon, using lots of coconut oil isn’t a good way to cut calories.

Does it fight infections?

Lauric acid, the main saturated fat in coconut oil, contains antibacterial, antimicrobial, and antiviral properties.  It has been used as a skin moisturizer, to treat eczema and psoriasis.  Numerous skin and hair care products contain coconut oil.  They are often said to be superior products.  Coconut oil used in cosmetic products is safe for use by most individuals.

How to incorporate coconut oil into your diet

Unlike other oils, coconut oil has a shelf-life of two years.  It is best used for baking because of the lightly sweet flavor.  It substitutes well for butter or shortening at an even one to one replacement in recipes and works well as a plant-based ingredient for vegan recipes.

The jury is still out as to the efficacy of the super-health claims of coconut oil. it should not be off-limits; it is a is better choice than butter and trans fats.  The scientific evidence is still evolving regarding the health benefits.  Remember, your overall eating pattern and lifestyle are important in disease prevention and achieving good health.  It’s better to eat a variety of foods rather than concentrate on an individual food to optimize good health.