Without a doubt, Patrick Mason loves South Carolina and its natural resources. We can all be grateful for his efforts 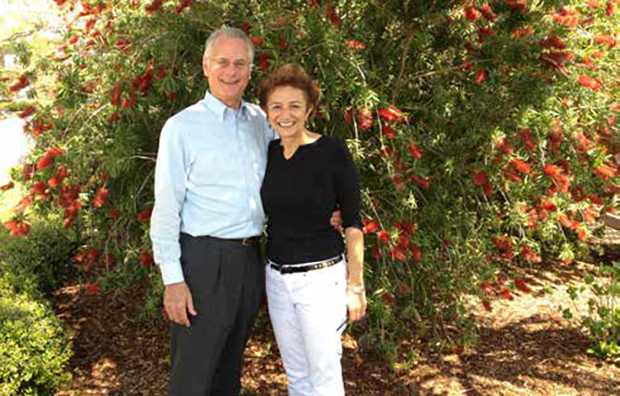 A Minnesota farm boy who chose the Palmetto State as his adopted home, Pat Mason, a champion of the Carolinas as a destination, is an ardent protector of the region’s wildlife and natural resources.

The cofounder of the Center for Carolina Living, he is a longtime leader of the South Carolina Wildlife Federation, having just stepped down this year as board chair.

“Along with his incredible marketing experience, Pat brings an amazing energy and passion, which is engaging and inspiring to fellow board members,” says Sara Green, SCWF executive director.

In 2012, the SCWF honored Mason with the F. Bartow Culp Award for distinguished board service, recognizing his leadership in forming the Rural Resource Coalition SC, an effort to revive the health of the economy and the quality of life in rural communities. His marketing skills, honed over decades as a cofounder with his wife, Leyla, of Carolina Living Guide, have been invaluable, Green notes.

Mason says the federation’s chief contributions are “engaging with and educating citizens of all ages about South Carolina wildlife and wilderness areas, building an appreciation for our precious environment.”

In other federation projects, he takes special delight in “watching fearful faces dissolve into bright-eyed glee as students of all ages across the state have a chance to learn about (and even hold) snakes, identify bird songs, bait a hook, learn to use a bow and arrow, clean and aim a firearm, kayak, hike a trail and bring joy to the SCWF staff team.”

As for governmental leadership, Mason salutes the federation’s 90-year role in promoting conservation and protecting the environment. On the grassroots level, he points to SCWF success in litter control, removing thousands of pieces of unsightly trash from recreational areas. Community life also has also been enriched by the creation of more than 500 certified wildlife habitats across the state.

After working for the Marriott Corporation as an executive in the hospitality industry, Mason accepted an offer in 1983 to work as a marketing leader for the property development company, U.S. Capital Corporation, led by Columbian Don Tomlin. Mason felt an immediate affinity with the land and people of his adopted state. Already aware of the region’s hospitality, he said he promptly felt at home. He embraced the advice of a native, who told him. “If you want to fit in quick, just say, ‘Hey, how you’?”  The southern localism lets people know you belong here, Mason says with a smile.

Already a dedicated southerner by choice, Mason decided to build on his long career in the hospitality industry to promote the Carolinas as a lifestyle destination for all ages. With his wife, Leyla, also a seasoned hospitality expert, they formed the Center for Carolina Living and CarolinaLiving.com to showcase the region’s environment and lifestyle for residents, visitors and newcomers.

The relocation guide was sanctioned for distribution by both the North Carolina and South Carolina Welcome Centers. Convention and visitor bureaus and chambers of commerce have also showcased the guides. Over three decades, nearly four million readers used the guide as a planning resource.

In the launch year of 1986, they forged a $68,000 USC research alliance between the private sector and the S.C. tourism department to measure the economic impact of in-migration, aimed to position the Carolinas to attract affluent “TurboTourist” visitors and new residents.

Having been drawn to the region’s outdoor treasures, Mason quickly became an advocate for conservation and the environment, with the knowledge that burgeoning uncontrolled growth would threaten the gifts of nature that lure people to the area.

“The speed of growth is a significant challenge to our Carolina way of life,” Mason says. The very reason Columbia is a ‘goldilocks’ place to live, is our relatively slow, methodical growth pattern driven by high-value business and job creators such as colleges and universities, government, military, insurance and tourism.” Also, he notes, “When you add Lake Murray to the mix, you have a high-quality lifestyle at a fraction of the cost of our competitive set of cities. Few, if any residents would prefer Charleston, Greenville or Charlotte over their love of Columbia, he says.

Unbridled growth without careful infrastructure planning too often results in environmental mistakes that can threaten the region’s quality of life, he says. “Having the Midlands be a great place to live, do business, work, play and retire should remain the primary mission of our leaders.” Toxic tourism occurs when crowds and traffic clog the scenic paths that drew visitors to them in first place, he adds. Mason takes solace in evidence that leaders now realize the necessity of protecting the assets that lure newcomers.

When not crusading for the Carolinas as a chosen way of life, Pat is a longtime practitioner of Hatha Yoga and Vipassana mediation and an ardent jazz fan who loves a good jam session.

He and Leyla like to spend at least one day a week close to nature with picnics in one of the state’s 47 state parks and heritage preserves. “Amazingly, we’re often nearly totally alone enjoying these wonderful spaces, while tracking bird calls with our Cornell Lab app Merlin Bird ID,” he says.