New York Native Lauren Elliott brings dedication to the Columbia City of Women project as a founding member of its Steering Committee. 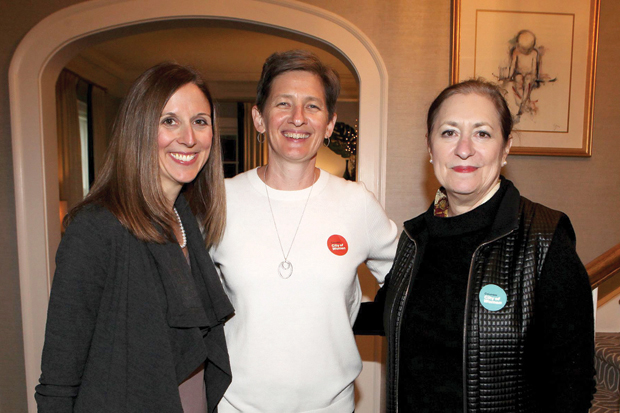 When New York native Lauren Elliott moved to Columbia, she felt an immediate sense of community, a new experience for the former advertising executive in the Big Apple who had spent much of her professional life working or commuting. After moving here with husband, Kinn, a South Carolina native, Elliott quickly became involved in the life of the capital city, soon becoming recognized and appreciated as a dedicated volunteer and an insightful leader.

Historic Columbia Executive Director Robin Waites says, “Lauren Elliott’s arrival on the Columbia scene has been a game changer for our community. In wanting to learn more about her new home she found Historic Columbia to be a way to better understand the city’s past and help guide its future. Not only did she join as a member, but she also became engaged in Palladium, the young professional arm of the organization, and was soon invited to join the Board. Lauren is a great listener, organizer, and communicator. It’s rare to find all three traits in one person.”

As a newcomer in 2014, Elliott resolved to learn as much about Columbia as she could, gravitating to the Historic Columbia Foundation. There she found not only a sense of the city’s rich history, but an organization also deeply committed to contemporary civic engagement. Warmly embraced for her interest and enthusiasm, she realized she had a found a home in more ways than one. “In Columbia, I felt a sense of community never felt in New York,” she says. “I felt a sense of belonging and a desire to become involved and to contribute.”

In 2019, when the Columbia City of Women was launched, she quickly became a key volunteer, recalling the roots of the movement back in New York City to recognize women who influence history. Founded by former First Lady of South Carolina Rachel Hodges, Columbia’s City of Women is a collaborative program with Historic Columbia and the South Carolina Women’s Rights and Empowerment Network. The goal is to celebrate local women leaders who pushed boundaries, stood up for others and made and continue to make Columbia a better place.

Hodges herself was inspired by New York’s City of Women map in which subway stops are named for women who have contributed to the betterment of the city in multiple ways. Elliott, who remembered the map celebrating women on her own subway trips there, was thrilled to participate in the Columbia initiative.

Now she’s looking forward to the next major event for Columbia City of Women, the future unveiling of a monument symbolizing the contributions of women at the northwest corner of Main and Gervais streets across from the South Carolina Statehouse. The plans were announced in August to coincide with the 100th anniversary of the 19th Amendment giving women the right to vote.

The statue will be a point of pride for Elliott, who is regarded as a genuine ambassador for the Capital City, with her appreciation for its history and her commitment to its future. As urban city dwellers, she and her family are regular attendees at the Saturday Soda City Market on Main Street. They are also outdoor enthusiasts who enjoy the abundant hiking, biking and boating opportunities of her adopted city.