Dressed for the Holidays

Let’s get the season rolling with Thanksgiving, the first holiday of the season 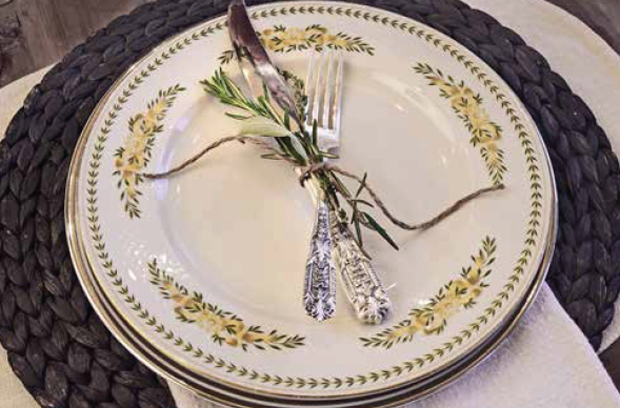 Holiday decorations follow trends that often reflect economic circumstances.  From Columbia’s earliest days, in good times and bad, families found a way to showcase the season, long before Santa was a part of the festivities.

When you visit the Hampton Preston Mansion for Historic Columbia’s Holiday Tour of Homes, look for the fire bucket in the West Parlor.  It’s a chilling reminder that candlelit trees were susceptible to flames, and natural decorations still require care and close attention.

It wasn’t always about the tree, the presents and good old Saint Nick descending by the chimney. Nor was the Thanksgiving feast widely celebrated in the years after what some say was the first get together in 1621.  And you can bet that when President Abraham Lincoln proclaimed the fourth Thursday in November as a “day of Thanksgiving” in 1863, the war-savaged south was in no mood for feasts and parties.

There are 1850s southern newspaper accounts of a day of Thanksgiving, and because the fall fruits and vegetables were abundant, there were surely tables filled with dishes of wild game, nuts, pumpkin and apples.

Fielding Freed, director of historic house museums for Historic Columbia, explains that for the holidays, the Robert Mills House is decorated circa 1825, while the Hampton-Preston Mansion showcases decorating trends from the 1850s. “In the 1820s, New Year’s Day celebrations were a bit rowdy, with a frequent over-indulgence in alcohol, and abundance of firecrackers and gunfire,” he says. “In the Mills House, fruits and nuts were popular, and Christmas trees had not yet made an appearance.  By the 1850s, there were tabletop trees and Santa had begun bringing gifts to the children.”

Early Columbians made decorations from feathers, paper, birds’ nests, and greenery, which might include pine, cedar, boxwood and magnolia.  The living greens helped keep the inside aromas fresh and appealing.  Candles were used on fresh-cut trees, and could become fire hazards when lit.  Buckets beside the tree were ready for action.  The more wealthy the family, the more opulent the decorations. Madeira wine, from Portugal, was very popular, and Richardson Street (now Main Street) had shops for holiday purchases.

By the middle of the 19th century, these holidays became more family-oriented and began to look more like celebrations you’d see in Columbia homes in the 20th century.  Exotic fruits began to appear as edible arrangements – pineapples, oranges, lemons and perhaps pomegranates were enjoyed.

Poinsettias emerged as popular items, encouraged by South Carolinian Joel Roberts Poinsett, first Ambassador to Mexico, who returned home with cuttings of the plant, which were cultivated in greenhouses.

Decorations became more ornate and could be purchased at local stores.  Garlands were hung by the doors.  Celebrations endured, and progressed with each passing decade.

Let’s get the season rolling with Thanksgiving, the first holiday of the season. Amy Spencer, of Amy Spencer Interiors, believes layers make a table feel rich and plentiful.

“The late Joan Rivers once told her daughter, Melissa, that if you ever looked in a mirror and wondered if you had on too many accessories, then add one more thing,” she says, adding, “That’s my philosophy when decorating a table for a festive occasion.  Layer, layer and layer some more.”

In her tablescape, she uses a grey Ralph Lauren tablecloth called “Bluff Point Floral,” layered with a feather placemat, antique white charger, and another metal iron scroll charger.  She suggests switching to Christmas by changing out the fall floral picks that are peeking out from the aspen bark centerpiece to a Christmas-themed floral pick instead.

Veronica Russell, of Veronica Rolandi Russell Interiors, likes to keep her settings simple, since the star elements are the foods. She uses fresh vegetables and herbs as table adornments.  “It’s a great way to accessorize, while giving your guests a hint of what’s to come for the meal,” she says. “I also use herbs, plus eucalyptus to enhance the holiday experience.”

Her table offers a relaxed but elegant atmosphere.  “I like the slightly formal banquette bench with the rustic trestle table – both add to the atmosphere.  I used rustic metal chargers with antique plates and copper accents for the dining pieces, and accented the tabletop with fresh florals and vegetables.”

According to Corky Robinson, manager of the Blossom Shop, “permanent botanicals” have become quite popular for all holidays.  Magnificent silk wreaths and arrangements are enhanced with fresh greenery, as well as apples and pears – reminiscent of early-Columbia’s wealthy households.

“Asian influence is used in our shop because it’s a bit different and features textures and bending of natural shapes for a unique look,” he says.  “Gompho carpus adds interest, as does equisetum.  Both are lovely ornamental plants and will dry and last through the season.”

Large arrangements make a bold and beautiful statement, according to Robinson. However, space dictates the size that will work most effectively for the room.

“During the most recent recession, decorating became more traditional, and arrangements generally were a bit smaller,” he explains.  “Now, gold and silver are making a huge comeback, as is a bit more glitz and glamour.”

Wreaths remain popular, on front doors, above mantels, and even as table centerpieces.  When requested by their clients, Robinson likes to use everlasting wreaths, with fresh fruits, feathers, cinnamon sticks, and live plants.  “Succulents look perfectly beautiful in a wreath, and bromeliads embellish the look as well.  Dried hydrangeas and nandina foliage remain popular in the Midlands, and you can’t go wrong with palmetto fronds.”

He uses wheat straw and cotton bolls for clients who want a natural, back-to-the earth look that says, “Welcome.”

“We’re seeing more gold this year and that extends to fruits like pumpkins, as well as leaves such as magnolia that are painted and inserted into arrangements and wreaths.”

For garlands, Robinson and his staff often begin with an artificial base, then add to it with natural elements, giving it a full look and lush appearance by attaching greenery such as magnolia and juniper to the wire frames.  “At the end of the season, the garland can be cleared of natural elements and stored until next year, when new items are added.”

Robinson expects glitz and glamour to continue and grow, at least for the next few years.  Hybrid decorations, which include permanent botanicals augmented with natural materials and dried plants, save money and look great.

Spencer sees “more is better” as an ongoing trend, as well as decorations that can change seasons with a few artful substitutions. And anything that saves busy homeowners money and time is always good.

Russell observes increased use of simpler décor, using natural elements – her personal favorites as well. “The colors used 10 years ago were almost always warmer, whereas more people are open to using cooler tones these days.”

And so you have it.  Individuality reigns and trends come and go.  Warm colors, cool colors, natural, everlasting, hybrids, full wreaths, spare arrangements, voluptuous decorations. Bottom line: Become inspired by what you see.  Forge your own trail and do what feels best to capture your holiday spirit and enhance your home and taste.

Serving Columbia since 1948 with the finest floral arrangements and gifts.

Full service interior design for both commercial and residential.