Computers offer great assistance in landscape design, but old-fashioned creativity and knowledge are required to make outdoor designs feed the souls of those who visit. 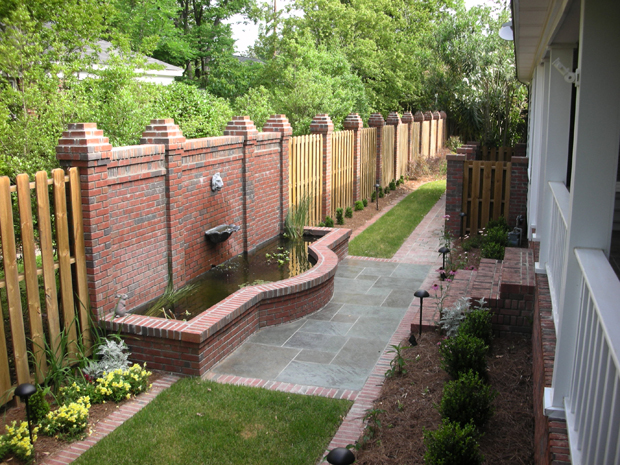 The organized study of landscape architecture is only about 150 years old but its roots are deep in our past.

Witness the symmetry of the grounds at Versailles that enchant thousands of visitors each year along with the Renaissance villas and great outdoor piazzas in Italy.

Manhattan would be undressed without Central Park but South Carolina would be poorer without Brookgreen Gardens or Arthur Middleton’s homestead beside Charleston’s Ashley River.

Preservationists in the 1960s not only restored Columbia’s Robert Mills House but created a gorgeous 19th Century English garden outside.

Just a few examples, among many, where landscape architecture has brought beauty and grace to the outdoors.

In the U.S., landscape architecture became a term of speech, a profession and a fine art through the efforts of Frederick Law Olmstead, the co-designer of NYC’s Central Park and the U.S. Capitol Grounds.

Today public grounds are not the only place where landscape architects have combined art with science to gild the environment. Homeowners, too, long for beautiful outdoor living spaces that are at the same time environmentally sustainable, easy to care for and don’t run up the water bill.

The American Society of Landscape Architects (ASLA), the 15,000-member national professional association for landscape architects, monitors these things and releases an annual survey of outdoor trends that distinguish a growing $2.3 billion industry.

For 2016, the ASLA says sustainable design is the big trend for residential landscapes. Homeowners are interested in harvesting rainwater and greywater and features such as native and drought-tolerant plants, permeable paving, rain gardens, low-maintenance landscapes and water-efficient irrigation.

Sounds like a prescription tailored to the South Carolina Midlands where the annual rainfall averages 45 inches, but also marked by frequent drought conditions, hotter than average temperatures and water/sewer service costs that continue to increase.

South Carolina has some 637 licensed landscape architects, most of whom can compile any or all of these features into a master design to guide a project from start to finish. There is a consensus that hiring a landscape architect isn’t cheap. The landscape design can run from two to three percent of the total cost of a landscape over a 20-year lifespan.

But many homeowner have found the investment a wise decision because a carefully-crafted design usually increases the value of a home. .A licensed architect also can recommend native plants best suited for your site, place trees to lower energy bills, incorporate permeable paving, and design natural swimming pools and rain gardens, all calculated to enhance the pride of home ownership.

This spring and early summer have brought mild weather and ample rainfall to the Midlands, where lush landscapes have Midlands homeowners looking outside for ways to enhance their property.

Operating since 1986 from an industrial site near Owens-Hamilton Airport, Southern Vistas has evolved from a location to store heavy equipment to a full-service retail nursery/garden center. The business operates from a renovated 1,800-square-foot warehouse/store filled with antiques and garden art.

The nursery/garden center became the face of Southern Vistas at the start of the recent recession when commercial landscape architecture work dropped off, Schimmoeller says.

“With the commercial business fading, what better way to bring in clients than to have a nursery to bring them to me,” he said.

Schimmoeller, who has a landscape architecture degree from the University of Kentucky, says he designs from 50 to 60 projects each year, no two alike.

“Each project is different and that’s the variety that I like. One day I might be designing a Japanese garden, then a French or English garden, then a commercial project,” he said. “I like to meet with a client and walk the site where we can exchange ideas. The key is to reach an accord with the client, always respecting his budget but not overdesigning the project.”

Computer-assisted design wasn’t an option when Schimmoeller was a student so he prepares his projects the old-fashioned way – pencil on paper. His staff steps in later, using computers to polish the end design.

‘We were taught in school there’s nothing new in landscape architecture. You’re just redoing something in your own style trying to be creative and using new materials. Every single site is unique,” he said.

Frederick Law Olmstead’s landscapes were a focus of his collegiate studies, but Schimmoeller says “he broke out in goosebumps,” when he first came on designs by Frank Lloyd Wright, the premier architect of the 20th Century.

“I like how Wright’s designs pull the elements of a site into the architecture,” he said.  Biographers say Wright was influenced by the fields and meadows of rural Wisconsin where he lived as a teenager. Schimmoeller spent his teen years growing burley tobacco and learning about landscaping from his father.

“I didn’t realize it at the time but my father was a mentor who taught me a lot of what I know today,” he said.

Schimmoeller’s designs have left their indelible mark on the Midlands since he moved from Kentucky in 1984 seeking a warmer climate more suitable for landscape work.

Among his first projects in Columbia was designing the entry to Lake Carolina, one of the area’s leading housing developments. Another in the area was the Memorial Garden at Fort Jackson’s Chaplaincy Center where statues and plantings complement a granite wall with the names of 294 Army chaplains and chaplain assistants killed since the Revolutionary War.

“I worked hard on the chaplaincy project and winning the contract was all the sweeter because we were among four companies that prepared designs based on the chaplains’ criteria,” Schimmoeller said.

He’s particularly proud of another effort in 1999 where he designed and constructed the Grand Spa and fitness center at the historic Grove Park Inn in Asheville. For Schimmoeller, the 40,000-square-foot project was not unlike working back on bluegrass fields in his native Kentucky. The spa was built underground in front of the inn, itself situated on a grassy mountain slope.

The steep slope made the job a formidable task. “We hauled in boulders and constructed waterfalls. The work took nearly nine months -- so long that I bought a house in town so my workers would have a place to live,” he said.”

The Southern Vistas website (southernsvistas.com) is in the midst of a redesign aimed at posting more photos of the nursery plants and examples of residential and commercial architectural projects.