Blues Lore you can Adore 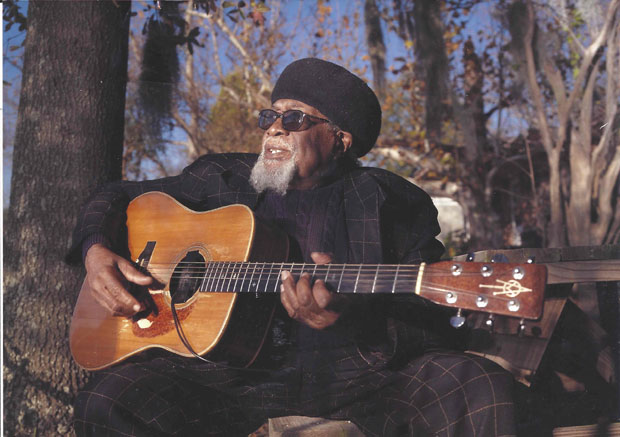 The blues is an angst of the spirit, a sadness we all get from time to time. Blues music takes that angst, and addresses it with lyrics and melody that pull the listener through to better times.

Blues music does not make a person sad.

On the contrary, it is often the very best cure for the blues.

Blues isn’t just about money or love. It has no boundaries. “Blues is geographical. It is everywhere. What makes you feel good might make another feel bad. What blues is to some is not blues to another. Some people got it for money, some for love and some for property. Black people has the blues, white people has the blues and even albino has the blues. No one can narrow it down to one face or one place.”

At age 81, Small struggles with issues of aging and health concerns, but despite his recent blindness, still performs with the fire and zest he possessed in his youth.

Born in 1933, he grew up with his unmarried mother, Alice “Missie” Small, on a farm run by her brothers outside Bishopville. Although he did not do much farming as a boy, “I picked a teeny weeny bit of cotton, so I know what it is like,” he remembers.

His father was a man named Arthur Jackson who fathered a number of children by different women. Young Drink was inspired to begin playing at age 11 by his Uncle Joe Small who played double-entendre Blues on guitar in their small sharecropper’s cottage.

“My uncle had a guitar and I fooled around on that,” he recalls. What would become Small’s lesser-known, but stellar, keyboard prowess would also be inspired by Uncle Joe. “We had an old pump organ; I started playing “Coon Shine Baby” on that. Then I started on the one string guitar; I played (the Blind Boy Fuller hit) ‘Bottle Up and Go.’ I made my own little guitar; for strings I cut up an old inner tube.”

Drink not only cut up inner tubes, he was known as a “cut up,” in school. He liked to have fun, a trait that still shines through. Later, he went to trade school to become a barber. “But, I couldn’t be a musician at night and cut hair all day. I gave up barberin’ to play music full time.”

His roots were based in spiritual music and gospel. When he started the Six Stars back in his high school years, he was touted as one of the top guitar instrumentalists nationally before he gained the confidence to add his basso profundo voice to the mix.

Then came his time with the Spiritual Aires, who recorded their gospel, spirituals, and messages of salvation on Vee Jay records in the 1950s. “We played the Apollo Theatre and toured with Sam Cooke, the Harmonizing Four and the Staple Singers,” Small recalls. “Sister Rosetta Tharpe took me on tour and wanted me to be her permanent guitar player.”

As times change, so does a musician’s playlist. Small amended his style to secular music and further developed his Blues music style, plus some departures into a popular and then-nearly-mandatory repertoire of Risqué Blues, which were often what put dinner on the table.

Small could have been a huge international star, but he has remained loyal to South Carolina. Several venues were regular haunts for his special style of music.

“Drink Small was a fixture at many Blues clubs around the state, from the black-owned Corporal Club in Greenwood where Otis Redding used to play, to the Hillside Club, a small run-down shack in the woods outside Cokesbury, to the famed Jackson’s Station Depot, a late-night Rhythm and Blues Club in Hodges,” said Daniel M. Harrison, Ph.D., Associate Professor of Sociology at Lander University. “It was a rocking Blues joint – a tiny little club in the middle of nowhere – but its stage was graced by national acts of all kinds such as REM, Widespread Panic, Poco, Tinsley Ellis, Bob Margolin, Nappy Brown, the Legendary Blues Band, and more. Drink Small’s consistent presence there through the years was a major contributor to its success.”

“Drink Small is a living legend of African-American traditional music in the Palmetto State,” said Douglas Peach, South Carolina Folklife Program Coordinator at the McKissick Museum and the S.C. Arts Commission. “His brand of Piedmont Blues is influenced by jazz, ragtime, R&B, and gospel music, although it never sounds quite like anyone but him. Drink’s bass voice and accompanying guitar have caused many to fall ‘under the spell of the arts,’ and people know that a place with a photo of ‘The Blues Doctor’ on the wall is authentic.”

Peach added, “While many people play the Blues, Drink lives the Blues.”

In a soon-to-be-released biography from History Press titled, Drink Small, the Blues Doctor: Me, Myself and I; Gail Wilson Giarratano, Ph.D., writes about the qualities that make Drink Small a heritage musician for the world, not just South Carolina.

“He has a resilience,” says Giarratano. “Others gave up, but Drink persevered. He didn’t just do it when it went well, he dedicated himself with a resilience few others embrace.

“He told me, ‘It’s in me; I don’t have a choice.’ That is why we love him,” she said. “We have to determine what it is we value, then we must honor and care for people like Drink Small – people who have shaped the present and future by their historic contributions.”

Small is famous for his brief, pithy, rhymed, philosophical musings, which he calls “Drinkisms,” which “come from my heart,” he said.

“I’m getting it from the roof,” he’s been heard to shout in true gospel style. “I’m the foundation and the roof. I’m the only Drink Small in the world. I’m not a duplicator; I’m an originator.”

Small understands his place in that world. “People come to see me because I am different,” Small said. “There is nobody in the world like Drink Small. They’ve never heard nothing like me. I am one of a kind.”

What remains most important to Drink Small is other people. Not just his fans and friends, who are an integral force in his continuing struggle against increasing physical frailty, but everyone.

As he thinks more about “end of life issues,” he’s had to choose between the “Hallelujah and the Boogaloo.” The tide has turned back from purely popular Blues to more spiritual themes, both in music and for Small personally since his 75th birthday when he issued his latest full-length CD, “Tryin’ to Survive at 75.”

As the July 2014 featured artist for the Music Maker Relief Foundation series at the Mars Theatre in Springfield, Georgia, Small engaged the audience from the first note he played on his guitar, named Geraldine.

After his performance, during which he twice played his new signature song, “Never Too Late to Do Right,” a visibly moved Small said, “I want to thank everybody for coming out and seeing me - made me feel so good! Now I want everybody to learn my song ‘Never Too Late to Do Right.’ I want everybody to help me make it a hit record! When I say hit, I am not talking about money - I want something to hit your heart... I want to see a strong population of good people and good feelings! Get right!”

Get right with Drink Small, y’all, from the Hallelujah to the Boogaloo – and back again.