East, West, and All Points Between 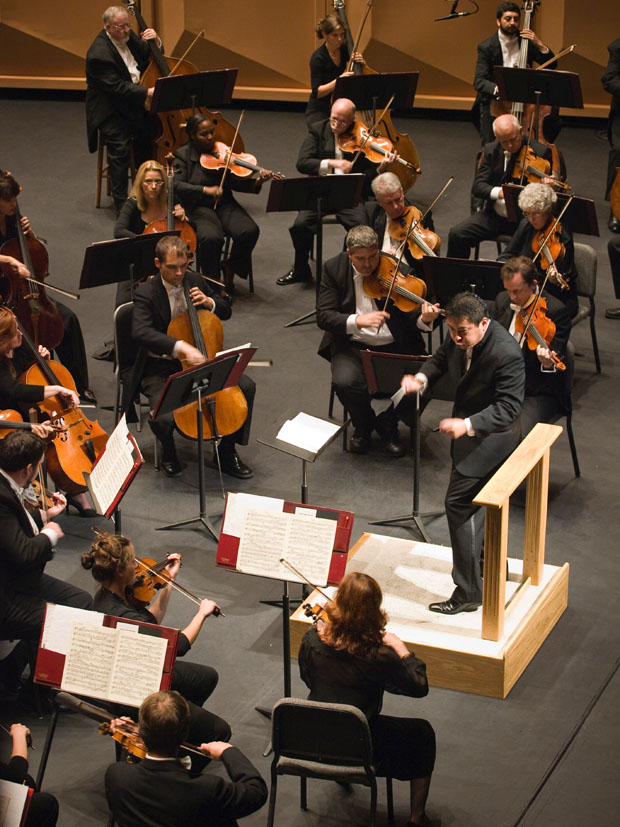 Morihiko Nakahara might be forgiven for not knowing exactly where he is at all times. He’s a native of the Far East, who came to the Western Hemisphere for his education, and now finds himself dividing his time between America’s East and West Coasts, including the heart of the Deep South. (And another commute on the agenda. Read on.)

The peripatetic Music Director of the South Carolina Philharmonic does indeed ”get around,” but always in focus. He handles a complicated career path with aplomb, and enjoys the moment, no matter where it may be. Travel is just something you do when it’s necessary; challenges are what you tackle as required, and a career in music is realizing your dreams and your passion.

This young Japanese musician has been described as “a breath of fresh air” in the Midlands. It’s hard to realize that he has been leading the South Carolina Philharmonic for seven years, and that his contract has only one more year to go. He has embraced Columbia and its musical community with enthusiasm, and the SC Phil has enjoyed resurgent popularity and success under his leadership.

When the South Carolina Philharmonic was auditioning for a new Music Director, an interesting concert season brought the seven finalists to town, each planning and rehearsing and conducting a program with the orchestra. All were capable; several had impressive resumes with outstanding symphony organizations, and the audiences were asked to express their preferences along with the musicians and their Board of Directors. Overwhelmingly, Morihiko Nakahara led the voting, winning the support of professionals and listeners with his engaging personality and superb musicianship. It took a day to issue an invitation, and another day for his acceptance. The partnership has been an ongoing admiration society ever since.

Notably, that affiliation took place in September 2008. This country experienced its worst economic crisis since the Great Depression of the 1930s, and charitable donations skidded down, throwing artistic non-profits into financial distress and even threatening bankruptcy and termination for some. Somehow, the South Carolina Philharmonic and its newly-hired young director survived. Now, he says, “It’s coming back. Our staff works very hard to keep us on a sound financial footing. We appreciate the support of all our donors, both large and small. This is not a community where a lot of big companies are headquartered, and every bit of support is needed from everyone. It really is grass roots.”

Here’s an exercise in imagination and day-dreaming: What if Bill Gates seeks out Nakahara and announces that he has decided to donate $5 million to the South Carolina Philharmonic? One-time gift, no strings attached. What now?

“Five million?” says Morihiko “That’s way beyond our entire budget at present. The first thing that comes to mind is the Endowment. That’s where a big chunk of it should go. Then, I would love to create a core group of maybe five or six full-time musicians. That would make it possible for us to do many things that we cannot do now. Our musicians hold down full time jobs, and also many of them participate in other music venues such as Augusta, and special festivals and occasions, so we have to plan around their available time. With a small group available full-time, we could schedule programs in the schools, and at conferences and other centers. We could introduce chamber music to a wider audience. It would make possible a much larger outreach.”

The conductor himself appears all around the Midlands in that outreach. Public and private schools, Columbia College, art and music groups all have felt his influence. A natural connection occurred when the Columbia Museum of Art opened its Japan and The Jazz Age exhibit, currently on view. This Japanese-American provides insight into the art and his native country.

Surprisingly, the SC Phil has no formal affiliation with the University of South Carolina School of Music. But numerous professional musicians from that faculty are members of the Phil, and some opportunities exist for students to appear, especially those who have won awards in competition.

Morihiko was born in Japan, but did not meet up with classical music until he was about 12, when his first exposure to Mozart changed his life. He discovered the clarinet and embarked on a serious study of music. He credits his grandmother with providing the impetus for him to come to the U.S. for schooling and music study, at age 15. He’s been here ever since.

That grandmother died earlier this year, and Morihiko made it a point to join his family in the traditional farewell service which takes place on the 49th day after death. “In Japan, almost always cremation is done,” he said. “That urn, with the ashes, occupies a place of honor in the household until the 49th day, at which time the family gathers for a formal good-bye.”

He earned a degree in music education at Andrews University in Michigan, then a Master’s in Conducting at the Cincinnati Conservatory. He cut his conducting teeth with the Holland (Michigan) Symphony and also became Associate Conductor of the Spokane (Washington) Symphony, a post he still holds.

This handsome, affable young man claims to be an introvert. Despite being gracious and eloquent and sometimes funny, he says he doesn’t do well in public situations. “I can talk about music, and my work, endlessly,” he says. “Just don’t take me to a cocktail party, with forty conversations going on at once, among people I don’t know. I’m not good at small talk, but I have learned that in Columbia you can just bring up college sports and you’ll be all right.”

Come the year 2015, Morihiko will enjoy an additional companion at home. His engagement was recently announced to his long-time girlfriend, Lesley. She is a native of Virginia and is a dual graduate of the University of Virginia. Wedding date is set for Charlottesville VA on December 28 – for a good reason. “All our friends are musicians,” he says. “We had to find the right time when they won’t be committed to performance. That week between Christmas and New Year’s is time off for most.”