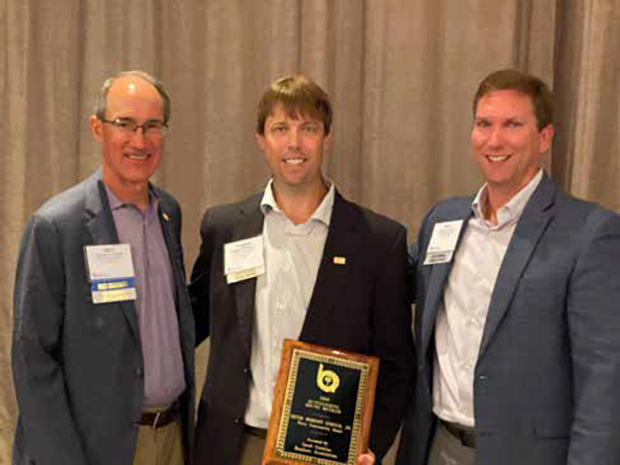 Vaughan Dozier was completely blindsided when he received the 2020 S.C. Outstanding Young Banker Award during the South Carolina Banking Association’s annual convention. Not only was he surprised to be awarded, but unbeknownst to him, his family had come to the convention to celebrate his achievement. “I was very surprised,” said Dozier. “My family, my wife and kids … they came to the convention, and I had no idea. So, they were able to be there for it, so it was really special.” Dozier’s success didn’t come overnight, however. On the contrary, it would take him over fifteen years to earn the South Carolina Banking Association’s highest honor.

Dozier’s interest in banking began as a teen, and his grandfather greatly inspired him. “My grandfather was an investment banker in his career, so I used to spend a lot of time with him and just was always around the world of finance,” said Dozier. Originally from Alabama, Dozier attended High School at Trinity Presbyterian School in Montgomery, graduating in 1999. He would attend Presbyterian College in Clinton, South Carolina, where he graduated in 2003 with a degree in Business Administration.

Post-graduation in 2004, Dozier was employed as a financial advisor at the investment firm First Allied Securities in Lexington. In that role, he would aid potential clients in rolling over their retirement plans and ensuring that current customers were provided with quality service. However, after two years, he concluded that investment banking wasn’t his passion and decided to try his hand at traditional banking, landing a job at Regions Bank in Lexington in 2006.

At Regions, Dozier started as a Customer Service Representative, primarily doing service work like opening new accounts, changing addresses and phone numbers for customers and handling disputes. After outstanding performance, the following year, Dozier was promoted to a branch manager position at Regions, where he was responsible for managing the customer service representatives and bank tellers at his branch while also handling consumer loans.

In February 2008, Dozier would leave Regions and join First Community Bank, becoming a retail banker for their West Columbia branch. The decision was influenced by his desire to work with a smaller bank. “My personality is not as much the bigger places,” said Dozier. “Region’s Bank is a really large bank. First Community is obviously a smaller community bank, so that’s more my personality.”

“I work with all of the commercial and retail bankers helping them as their meeting with customers, working on loan approvals, things of that nature. Providing them the leadership that they need to help the customers,” said Dozier.

Dozier said what he enjoys most about his job is helping provide business owners with solutions for their financial needs. “It’s so rewarding to work with a customer,” said Dozier. “Let’s say their business is growing, and they need a new building because they’ve outgrown the one they’re in, so to be able to help them provide the financing to go into that new space, I mean that is so rewarding.”

“If a customer came to us and said I need a 90-day modification on my loan or I need to go to interest-only for 90 days just to help me through this time, we did them, no questions asked,” said Dozier. 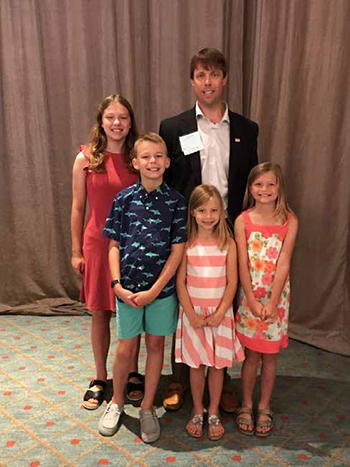 Roots: Native of Montgomery, Alabama, moved to Lexington SC in 2004

Community Service/Organizations: Serves on the young banker’s board for the South Carolina Bankers Association. Serves as Board Chair for Beginnings SC, which supports families whose children are deaf or hard of hearing. Treasurer of the Cayce West-Columbia Rotary Club. Serves on the board for the Greater Cayce West-Columbia Chamber of Commerce. Serves as chair of the finance committee for Mt. Horeb United Methodist Church.