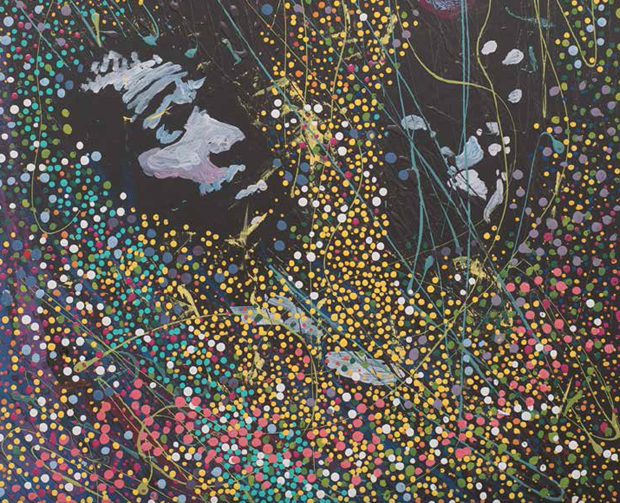 Keith Tolen can’t pinpoint the moment he became an artist. In fact, he doesn’t consider himself an artist, though he produced original art from an early age, his creativity fostered during the imaginary play he and his siblings enjoyed. “We couldn’t leave the yard, so we had to use our imagination to entertain ourselves. We would create everything from forts to cities, even other worlds, as we spent the day outside together.” That early creativity spawned a long career. And is he an artist today? His students, his teachers, and the people who love and collect his work would certainly say so.

His family saw his potential and nurtured it from an early age. He recalls a Polaroid camera that belonged to his mother. When he was nine or ten years old, his parents surprised him one Christmas, giving it to the budding artist as a gift. He popped the cube flash onto the new tool immediately, and an artist was born. Tolen snapped photos of everything that didn’t move, and photography was his main method of creative expression for many years.

Asked to pinpoint the moment his career in the arts began, Tolen recalls his first year as an art student at South Carolina State University in Orangeburg. Dr. Leo Twiggs, an internationally recognized artist who has received both the Elizabeth O'Neill Verner Governor's Award for the Arts and the Gibbes Museum’s prestigious 1858 Prize for Contemporary Southern Art, was the chair of the art program and a major factor in Tolen’s decision to pursue an art degree. “Dr. Twiggs inspired us through his work ethic and personal passion to create. Like many of his students, I was drawn to his skills and literally hung on his every word.”

A decade after graduating from the program, inspired by Dr. Twigg and others, Tolen became a teacher himself, enjoying a career guiding adolescent artists at Camden Middle School that spanned three decades. Though his retirement from education has afforded him more time to grow as an artist, the lesson he learned from his students continues to inspire. They reminded him to have fun. Much like the imaginative play he enjoyed as a child with his family, having fun with art continues to, in his words, feed his creative juices.

Teaching for so many years imparted another lesson. “Middle school art is about exposure and discovery. There’s a challenge to be able to share a range of methods of artistic expression,” he explains. When an artist is proficient in a number of methods, it’s easy to see how a photograph or drawing can inspire a painting. 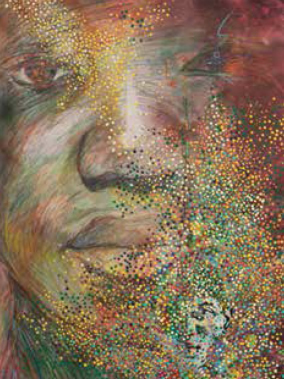 Though Tolen began his career as a photographer, he loves a good black pen. These days, he’s a photographer and a painter second, claiming drawing as his preferred medium. Unusual patterns fill his multiple sketchpads and he’s recently been sketching a crop of “weird, bird-like creatures.” Those creatures may make their way onto canvasses, like the bunch of flowers in one of his favorite paintings, which he began on a class outing in college. “The instructor scattered us across the campus and I ended up in front of a patch of day lilies. I took the opportunity to create a detailed rendering of those flowers.” His drawing that day became a painting, which he later gave to his mother as a gift.

Drawing is a compact, portable medium. Though Tolen has kept a small studio in Columbia for years, his sketch books and pens allow him to act on inspiration wherever he is. Painting, on the other hand, requires more space and tools. And the canvas is where Tolen indulges his passion for color, “Today, color tends to be the dominant factor in my painting. The subject matter has become second to techniques and methods for conveying ideas.” A couple of years ago, he adopted the method of Pointillism, placing small dots of color close to each other to create visual effect, and now the dots are beginning to dominate his work. “Dot, dot, dot, one dot at a time…,” he describes the technique.

Much like those dots, every point in Keith Tolen’s life comes together to create an impressive and still growing body of work. From imaginative childhood games and a well-used instant camera to studies with exemplary teachers and time in the classroom opening young minds to the joy of art, each moment contributes to this artist’s creative expression.