Rich in history and small-town charm.  Welcome to the neighborhood. 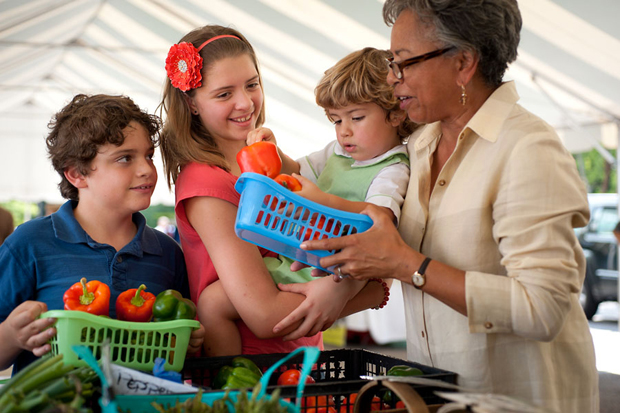 When Cindy and Scott McInnis began looking for a home for their growing family, the couple knew they wanted to be in Forest Acres.

After buying a house a block west of Trenholm Plaza, they now believe they have found the perfect location. “It’s a safe, family-friendly neighborhood just a stroll from a park, walking distance to two schools and a short drive from another for our children. “It’s also a convenient commute for where we work,” says Scott. Now, with four children, they need more room, but they are planning an addition instead of moving elsewhere.

The McInnis family echoes the views of those who love to call the suburban community home, says Forest Acres City Administrator Mark Williams. “Forest Acres preserves a distinctive small-town character even though we’re part of a greater urban area. You run into friends while shopping and dining in our many wonderful stores and restaurants,” he said. “Most children go to school with the neighbors’ kids, and people greet each other weekly at neighborhood churches and synagogues.  Such amenities are found within a relatively small geographic area, adding to the community’s sense of cohesiveness.”

During the October 2015 flood, city hall, businesses and neighborhoods alike were affected, but most chose to repair and rebuild rather than leave the popular area. “Like the greater metropolitan area, development is occurring in Forest Acres but it’s mostly infill of the few remaining undeveloped lots or repurposing of existing development – both residential and commercial,” Williams said.

“Quite a few of the city’s houses from the 1950s are being bought and either renovated or replaced by more contemporary offerings,” he added. “The most conspicuous development now underway is The Beach Company’s redevelopment of the Cardinal Newman High School site.  This will be a top-shelf mixed-use development featuring apartments, town homes and shopping. It’s the type of development that will provide most residents’ needs within easy walking distances.

“With the onset of spring, the annual farmers market is about to get underway at Richland Mall.  Spring always seem to reinvigorate Forest Acres’ vibrant charm and it will always be a special place in the Midlands.”

Including Lake Katherine and Forest Lake, the city has some of the most beautiful neighborhoods in the Columbia area as well as the finest restaurants and stores in the Midlands.

For décor, shoppers from nearby and elsewhere flock to Forest Lake Fabrics, Casual Living and The Picture Place. And when the day is done, they likely as not can be found at fine dining choices like popular Tombo Grille, a neighborhood and city-wide favorite.

Forest Lake Fabrics has been serving the decorating needs of shoppers for more than half a century with the largest selection of drapery, upholstery and trim in South Carolina. Destroyed in the flood, the store has been rebuilt with a handsome new facade. Owner and manager Michael Marsha says he’s proud his daughter, Stephanie, has now joined the family business, becoming the fourth generation to do so.

With its lovely gardens and vistas, Forest Acres residents turn to Casual Living, Inc., a favorite outdoor décor store throughout the area. Owner and interior designer Dottie Reynolds is adept in creating inviting outdoor living areas. “Recently there has been surge of interest in the concept of an outdoor room. Homeowners are creating entire outdoor living areas with outdoor furniture and accessories that are so comfortable and well-equipped that they rival the rooms in their homes,” she said. When colder temperatures arrive, Reynolds offers wondrous seasonal holiday choices as well as a decorating service for the festive season. On Forest Drive for many years, Casual Living is now at 6006 Two Notch Rd.

Long a favorite for custom framing, The Picture Place, has relocated to Forest Park after being destroyed by the flood at Forest Lake Shopping Center. Owner Sheree Smith used the opportunity to add a selection of paintings and jewelry by local artists and crafters. Smith also specializes in shadow boxes, an especially meaningful option for residents relieved to be able to retrieve and preserve beloved mementos after the deluge.

Nearby Tombo Grille, owned by Len Henderson and Virginia Mason, provides big city dining with a sophisticated menu albeit with small town warmth. “We are well-known for our flair for creative comfort food without the drive downtown,” Henderson said. Since 2002, it has blossomed into a tried-and-true hotspot for incredible food, new-favorite wines, high-gravity beers and desserts too good to be missed.

“We have great clientele who are more like friends than customers. Forest Acres is a wonderful place to live and work and is only getting better with all the new housing and commercial development,” Henderson added.

The partners purchased Tombo Grille in 2011 from restaurateur Eddie Wales, who also owns the popular Motor Supply Company Bistro in the Vista. Henderson serves as general manager, while Mason presides as bar manager and like most co-owners, fills in as needed elsewhere.

The City of Forest Acres was incorporated in 1935 through the efforts of the late visionary developers John Hughes Cooper and James Henry Hammond. Cooper purchased Dent's Pond, now Forest Lake, and 1,700 surrounding acres and founded the Forest Lake Club in 1923 with his brother Paul. Hammond purchased just over 67 acres of land from Cooper on Quinine Hill and developed the area as a suburban oasis for businessmen working downtown.

With its contemporary and growing urban vibe, Forest Acres is nevertheless rich in local history with landmarks originated before the American Revolution, noted Dr. Warner M. Montgomery in his history of the area, Images of America: Forest Acres. The historical maker at the corner of Beltline Boulevard and Forest Drive denotes the area was the site of antebellum summer homes owned by the prominent Cooper, Hampton and Taylor families among others.