Do you know which fruits and vegetables should be on your organic radar and why?  Read on. 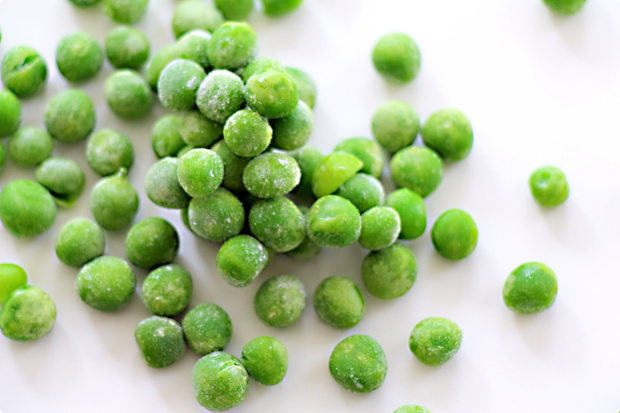 Although a wide variety of fresh produce is available all year long, for Carolinians, the spring and summer months in particular are synonymous with an abundance of locally grown fresh fruits and veggies! To our delight, farmers’ markets are popping up everywhere, and it is becoming the norm for even the neighborhood grocer to have a section of “organically grown” produce.

Organic foods have become big business. Nearly two-thirds of Americans purchase at least some organic foodstuffs. According to Consumer Reports, spending on organic products has increased approximately 20% since 2000.

For most foods purchased in the United States, “organic” means foods that meet standards developed by the USDA that classify and approve foods for organic certification. Organic standards require inspection by state or private agencies governed by USDA regulatory guidance. The National Organics Program (NOP) started in 1990, has been proactive in setting and continually improving the standards for organic certification.

To meet the USDA and NPO regulatory guidelines for fruits, vegetables, and other plant foods to be certified “organically grown”, farmers cannot use chemical fertilizers or pesticides on their crops. There are well-crafted certification standards relating to the soil, pest management, harvesting, handling and processing requirements. The organic certification for meat and poultry requires the animals must be fed grain that was grown organically; antibiotics or growth hormones may not be used.

The guidelines concerning the animals having access to the outdoors for some period daily are not as well defined. While the NOP is still struggling to establish certification standards for the fish industry, it’s still possible to purchase organically certified fish in the U.S. There are two aquaculture operations that raise and produce organic seafood in the marketplace.

Controversies continue to surround the benefits of organically grown foods. The wide availability of produce throughout the year is largely due to commercially grown crops utilizing chemicals and pesticides to extend the shelf life of plant foods when shipped to your local grocer from other states or other countries. Avoiding the use of chemicals and pesticides, in the long run, may impact the sustainability of the worldwide food supply. Studies do indicate that the toxins from chemical fertilizers and pesticides can be absorbed into the food supply and certain foods have a higher pesticide load than most.

For certain individuals, exposure to any amount of toxins over time may be harmful and has been associated with numerous health concerns: low birth weight, interference with cognitive development and ability, disruption of hormone function, and the development of certain cancers. Children, in comparison to adults, are less able to detoxify most pesticides.

Many people would rather not take a chance with their health or the health of their children. Others may choose organic foods because these farming methods result in less pollution and preserve the environment. Whatever the reason for increasing the availability and purchase of organic products, we must bear in mind that organic farming is more labor intensive which translates to higher costs for these items at the marketplace.

What’s a Consumer To Do?

Is a “green” choice for the planet and claims of healthier products worth less “green” in your wallet? The reviews are mixed. Good news! The Environmental Working Group (EWG) is a nonprofit organization that advocates policies to protect global and individual health. A “Shoppers’ Guide to Pesticides in Produce” is available to consumers via the EWG’s website. The 2015 lists compiles data collected by federal agencies over the past nine years. Numerous studies were conducted on conventionally grown plant foods to determine their pesticide loads and provide recommendations to the public regarding the safety of consuming certain produce. The data collected measured the pesticide load found on the surface of conventionally grown produce.

These Clean 15 and Dirty Dozen Plus resources can assist health conscious consumers in making better choices to avoid exposure to a cocktail of chemicals, while using food dollars wisely and when going organic is a smart priority.

If organic pricing is still out of your reach, take advantage of local, seasonal fruits and vegetables. Visit farmers’ markets and ask how the produce was grown. Usually less, if any, chemicals are used since they are sold locally and not shipped long distances, making extending the shelf life not a priority. Local options offer better quality, freshness and flavor. And, you get more nutrition in every bite! Savor the best of every season.

The 15 fruits and veggies in this category were tested and found to have the lowest pesticide load. Most of these foods have hard outer skins that protect against harmful toxins penetrating into the edible portion of the food. The hard outer coverings are usually removed during preparation. These foods are considered to be the safest conventionally grown produce. Purchasing organically grown versions of these foods have fewer benefits.

Studies indicate this category of conventionally grown fruits and vegetables have the highest pesticide loads and consumers should purchase these organically grown as often as possible.