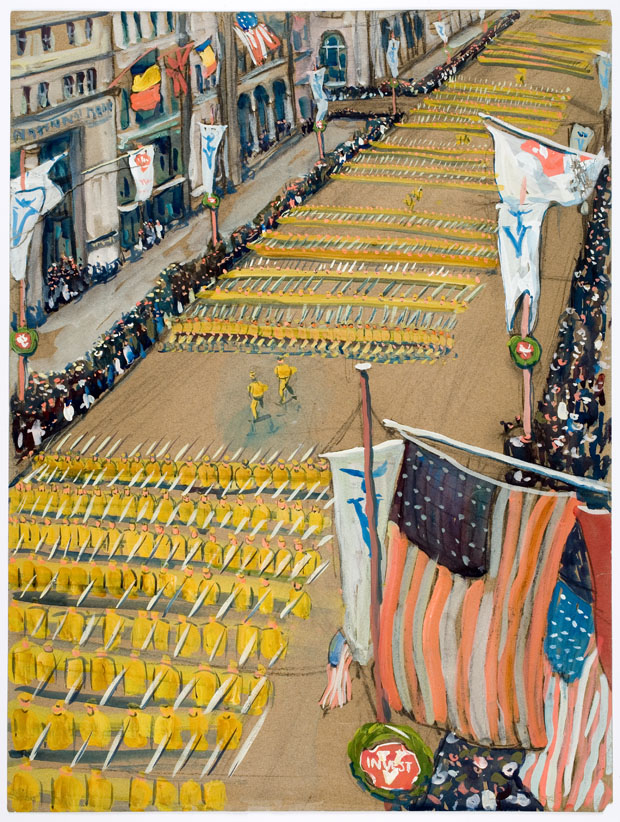 Why Jane Peterson still is remembered as the quintessential American Impressionist, 45 years after her last museum show, will unfold lushly for patrons and Columbia Museum of Art visitors beginning in May.

How Peterson achieved this accolade is of even greater personal and painterly interest to three local artists who, from May 13 through July 22, will be able to closely study the 80 oil and watercolor paintings comprising this exhibition.

For Noelle Brault, Lucinda Howe and Barbara Alston Yongue, Peterson as a benchmark is a fortuitous learning opportunity. The three women not only admire the works’ beauty, but find the artist relatable through the myriad and provocative ways she synthesized what she learned from teachers, travels and other influences, arriving ultimately at her own original techniques and styles.

As did Peterson, the women in this trio have forged their own paths. Parallels in their painting journeys are discernable.

“Peterson continued developing throughout her long career as an artist, beginning with Impressionism and touching on Fauvism and Expressionism at various stages,” noted Brault, whose local and Low Country Impressionism-style work has earned her a loyal following. Each of us strives for the same.”

Before learning of Peterson and the coming exhibition, “Jane Peterson: At Home and Abroad,” Brault often took inspiration from South Carolina and other Southern artists painting in the still-beloved fluid style. “I love roaming the galleries in Charleston and anywhere along the coast, and am always drawn to artists still painting in the Impressionistic style,” said Brault, who studied locally with Michel McNinch.

“Toward the end of her painting life, Peterson was moving in the direction of Cubism,” noted Yongue, now experimenting herself with abstraction associated with that period. At 701 Whaley, Yongue recently completed work in a style that is new for her.

“We also relate to her because of her travels and the people she encountered and were influenced by, especially in Europe,” said Yongue, who in anticipation of the exhibition’s arrival researched references to Picasso as one of the artists Peterson knew – from salons hosted in the Paris home of siblings Gertrude and Leo Stein. “Henri Matisse was another artist who was part of those Parisian gatherings,” said Yongue, who has painted in France numerous times, along with other European locales Peterson favored.

“Her Venetian vignettes really draw me in,” said Yongue, counting Venice as her favorite city in which to paint.

Another of Yongue’s European painting forays retraced the steps taken by Van Gogh as he set up his easel in the French countryside. Howe also was part of that loose-knit cadre, comprised of a dozen CMA’s About Face affiliate members who created their own tour and traveled to Provence eight years ago to paint in plein air – as they do monthly here in Columbia and nearby.

Howe’s paintings from that trip reflected her interest in Fauvism, a style Peterson explored soon after arriving in Paris in 1907; Picasso already was displaying Fauvism tendencies. Howe continues to work in the style of the Fauvists, or savages, which marked that turn of the last century epoch.

“Matisse, along with Andre Derain, explored the use of explosive, pure color without respect for natural color, simplification of forms and energetic applications of paint,” Howe posted on one of her blogs. “The appearance of spontaneity was valued, occasionally at the expense of perspective.”

Howe explained that by disassociating color from form, Fauvists opened the door to Expressionism where color was the main subject, without regard to form.

Each of the three local artists holding Peterson up as a benchmark instinctively has followed a comparable pattern: travel when possible; study with artists who have achieved critical acclaim as well as those who are considered experimental; exhibit often and in varied venues to draw the eye and commentary of a broad spectrum; and from that cumulative effect, develop a unique style.

Now Peterson’s evolution and body of work is being studied anew.

Until she enrolled at the still-new Pratt Institute of Design in Brooklyn, Peterson’s raw talent had found little outlet for development, but from the time she learned of the Brooklyn-based school at Chicago’s 1893 Columbian Exhibition, she aspired to study there. After graduating in 1901, she studied at the Art Students League before her first European grand tour and the beginning of her associations with the period’s art luminaries. And the sparking of her own luminous reputation.

Her 1908 solo exhibition, at the Societe des Artists Francais, not only garnered acclaims from Parisian critics but was the catalyst for Peterson’s first American exhibition the following year at St. Botolh club in Boston.

Although her continental travels took on an enigmatic sheen, she also traveled and painted throughout the United States. As a traveling companion of Louis Comfort Tiffany, in his private railway car, she painted scenes from the Pacific Northwest. Lustrous beach and pier scenes, along with gardens dotting the Massachusetts coast where she made her home, often were her subject matter, rendered in the Impressionistic style of Monet at Giverny.

Her time divided between the U.S. and Europe, and her experimentation with technique taking her from oils to watercolors, she ultimately was asked to teach water media upon her return to the Art Student League.

Peterson was the American Historical Society’s “most outstanding individual of the year in 1938,” only the second woman ever to receive that honor. Painting to critical acclaim – in both oil and watercolor – in the innovative techniques of her time contributed to her selection.

Her life of independence and adventure, uncommon among her contemporaries, also distinguished her. In particular, her 1910 travels alone to Egypt and North Africa were viewed as quite bold for a woman in those early years of the 20th century.

“We three look forward to seeing for ourselves Peterson’s brushstrokes, her colors, to learning more about her personal life and travels. Perhaps we will recognize ways we can emulate her work in our chosen styles,” Howe said.

This exhibition was organized by Mattatuck Art Museum in Waterbury, Conn., and features not only paintings but photographs and archival material, and reflects the rapidly changing art world in which Peterson thrived - and to which she contributed.

Note: all three local artists are part of CMA’s About Face affiliate, a group that paints weekly from live models, currently in space at 701 Whaley. Members of the group also paint en plein air, one Saturday each month in locales chosen for their subject matter.