William Hubbard has given enormous time, talent and resources to Columbia, the state and the country. It hasn’t gone unnoticed. 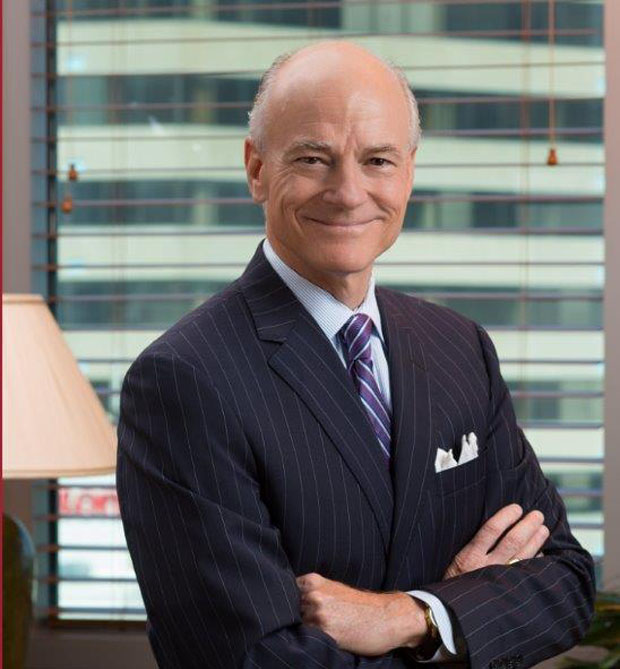 Timing has always been one of William Hubbard’s strong points. Being in the right place at the right time is a concept he emphasizes to young lawyers as they embark on their careers. Opportunity may respond to your knock, as it were.

So perhaps he is not even amazed that his tenure as President of the American Bar Association will encompass the 800th anniversary of the signing of the Magna Carta. 2015 will be a big year for this South Carolinian, for all American lawyers, and for the justice system worldwide. He welcomes the timing.

“Magna Carta was the basis of our due process as we know it,” he says, “and to an extent, equal protection as we know it. We have events scheduled starting now through August 2015 to emphasize the importance of the Magna Carta on our American justice system … We need to be anchored to the fundamental principles that guide the legal profession today.”

On June 15, 1215, the Magna Carta was sealed under oath by King John at Runnymede, near Windsor, England. Never before had a monarch acquiesced by document to a limitation on his powers, proclaiming the right of ‘a freeman’ to justice through the law of the land. What followed in England, and later in the United States, was a protracted process which led to the rule of constitutional law that anchors our government.

A dedication to fundamental rights under the law has brought William Hubbard from the public schools of Florence, SC, through undergraduate and law school degrees at the University of South Carolina, to his current position as business litigation attorney at Nelson Mullins in Columbia. He is the first South Carolinian to hold the office of ABA President, where he plans to address the importance of ensuring the rule of law as “our burden and privilege.”

From his first years in the practice of law, he heeded the advice of his firm’s partners to attend the Young Lawyers Division of the ABA, in Dallas in1979. He demonstrated enthusiasm and a willingness to serve, tackling assignments and moving up the ladder of leadership in the YLD through the council and eventually Chair of the YLD.

Thirty-four years later, he accepted the nomination as president-elect of the ABA in that same Dallas hotel. “A meaningful symmetry,” he calls it.

Hubbard attaches great significance to that active participation in the YLD. “It was a broadening experience professionally,” he says. “I gained context for the law, and an understanding of bigger issues that I had not necessarily focused on. It gave me a better feel for the justice system. It helped me develop judgment and wisdom about what it means to be a lawyer.”

He makes a substantial point of this kind of networking to the young lawyers beginning their careers today, to take advantage of the resources available to them in the ABA. “I want the ABA to be the place where young lawyers can go to get the kind of mentoring they need, the skills development they need, to be successful lawyers. We will be looking at ways that we can take better advantage of technology … The small investment in dues can have an enormous return. We can deliver those programs and that content on their smart phones and desk tops and iPads.”

What may the ABA expect during the tenure of its South Carolina president? William Hubbard has specific goals he wants to see undertaken by the Association. “One thing that concerns me is that we haven’t seemed able to make a lot of progress on the ‘justice gap.’ The poor and the lower middle class, in this country, have a lack of access to the courts. There’s about an 80 percent unmet need for legal service in our country. … Jim Silkenat (previous president of the ABA) initiated a program called the Legal Access Job Corps. I am committed to continuing that.

“In addition, there’s a lot of inequity in incarceration, and there’s a lot of over-incarceration in this country. Domestic violence is a scourge in our society. One out of four women will be either raped or beaten during their adult life by a spouse or significant other. We need to shine the light on that problem and try to do something about it.

“I want to address the election laws of this country. The right to vote is the most fundamental right in the country and we have to be vigilant that we protect that right.

“Initially, the primary emphasis will be a task force named ‘Future Justice/Now.’ The purpose of this task force is to get the best innovative minds around the table together with bar leaders, practicing lawyers, judges, and legal service providers to come up with a blueprint for how we can make our legal system more efficient, more modern, more innovative, so that we can reach more people and provide better access to our justice system.

“We have to go to where the people are. We have to look at smart phones, iPads, and other delivery mechanisms to help people access our justice system … easier access … unbundling legal services … limited-license legal technicians.”

After taking office in Boston on August 11, 2014, his first months as president will include travel to Canada and then to China. There’ll be plenty more world and national travel by the time his term ends in August 2015.

“This generation of young lawyers will be the generation that can fundamentally change the legal system as we know it … Create a justice system that perhaps we won’t recognize 20 years from now.”

That’s a kernel of the philosophy which brought William Hubbard to the top leadership position of the ABA. He looks back to his early days as a lawyer, and repeats the theme of timing: “Show up and introduce yourself. There are people out there that you can’t get an appointment with. But go to a bar meeting or a civic club meeting or a reception, and don’t just talk to your friends, but introduce yourself to new people. Those spontaneous conversations often lead to the most promising opportunities.”