From mountain festivals to downtown jam sessions, Jim Graddick is a favorite on the music scene as a performer, contestant and teacher. 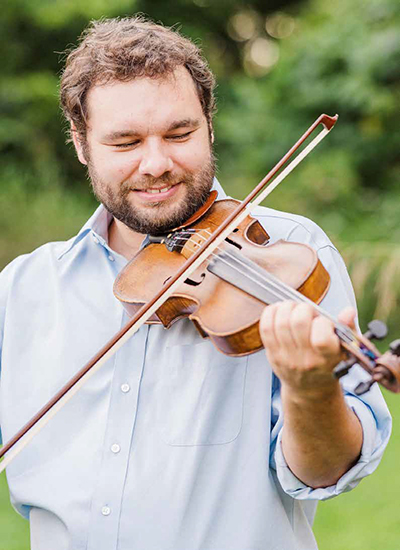 When settlers first came to America, they celebrated special occasions by the music of the fiddle, one of the few instruments readily available.

That early tradition thrives today thanks to contemporary masters like Columbian Jim Graddick, named Fiddler of the Year by the Carolina Country Music Awards in 2019.

Although trained as a youngster in classical violin, Graddick soon found himself drawn to the old-timey fiddle. At age 11, he made his first appearance at Bill's Pickin' Parlor in Cayce where he’s still a favorite as a performer and a teacher.

“I learned to play violin in the Blythewood Middle School Orchestra. I always wanted to learn to play banjo, but I was disappointed to find out that they did not offer that,” he recalls. “My mom tricked into me into the orchestra by telling me that violin was the same as the fiddle. During the week I would learn violin in class, but on the weekends, I would go to Bill's and watch the hundreds of musicians play without a care in the world.

“Soon, I stood around with my fiddle. Before long, I was invited to take part in a jam session. Those late nights at Bill's turned into early mornings in the parking lot. My parents hauled me around to many bluegrass concerts in the area. Eventually, I was invited on stage with a few of them.”

A career was born.

Although the violin and fiddle basically are the same instrument, Graddick explains, the style of music differs. Fiddling has quick note changes compared to the more sustained ones of the violin. Fiddling also contains more improvisation and embellishment at the player’s choice.

While performing at more than 200 events a year, the genial Graddick, with an ever-ready smile, still enjoys teaching fiddle, guitar, mandolin, bass, banjo and ukulele, not only at Bill’s Pickin’ Parlor but also at Columbia’s Freeway Music School.

“I really enjoy helping people to realize their full potential as musicians, but performing is so much fun,” he says enthusiastically. “Live music distills emotion into sounds instantaneously. I also love to collaborate with other artists and learn from them.” He likes to joke with students noting, “Not even heart surgeons get a round of applause every three minutes. In addition, we get free food and can bring our families to work with us.”

His advisors urged Graddick to major in engineering at USC, but an elective course in music history promoted a switch to music as a major. “I chose the music history class because I’ve always loved music. Engineering professors stress that one design flaw mistake can kill countless people. With music, I could make as many mistakes as I wanted and all I would hurt were peoples' ears,” he jokes.

There’s nothing like a good old mountain fiddle festival for Graddick, who treasures the famous summertime Old Fiddler's Convention in Galax, VA, now in its 86th year. “We try to go every year. The experience is overwhelming. Thousands of musicians converge to compete and to jam,” he says. “One year we even broke the world record at the time for the world's largest mandolin band. I'll never forget the feeling of being a part of such a moving event. I love to experience the tiny mountain town and the ring of banjos and fiddles throughout the entire valley.”

The versatile musician also savors the mastery of different musical genres, especially today’s fusion of styles that merge old-time fiddle with modern music. He especially enjoys playing with the Randy Lucas Trio and Two for The Road, known for their mastery of the fusion movement.

“Fusion means we play everything from the Beatles to Pink Floyd in a Bluegrass style,” Graddick says. “I jokingly call it country music from another country." Together they mix jazz, bluegrass, ragtime, folk, blues and pop to create something unique and spontaneous.”

He credits his expansion of fiddle styles to the influence of his father, who introduced him to famed fiddler Johnny Gimble, who won a Grammy for his “Asleep at the Wheel” album.

“Johnny played with a very jazzy style,” Graddick explains, “but he also allowed his personality to flow freely from his bow. I had never heard anything like it and listened to the album every day until I had memorized every second.”

Later, when Graddick joined Columbia’s Barefoot-n-Reckless quartet, he says, “We played many genres of music and it was my job to cover everything,” revealing that the fiddle is boundless in its versatility.

Bill’s Pickin’ Parlor is where Graddick says he won his biggest prize when he was asked to meet with aspiring fiddler Kaelah Glott, who later became his wife. It was a fateful day, although years went by before they reconnected. Graddick was building his music career, and Kaelah was studying nursing. The pandemic was disruptive everywhere, including the music world, but it fortuitously served to bring the Graddicks back together. 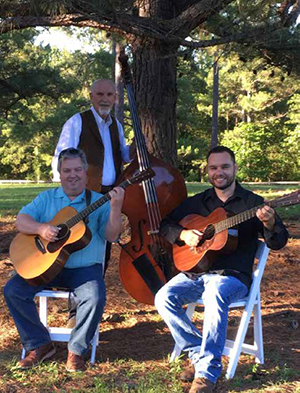 Isolating with COVID in 2020, Kaelah, who passed the time playing the fiddle, still had Graddick’s phone number, so she called him about taking some lessons when she recovered. Later, when he too came down with the virus, Kaelah, a nurse at Lexington Medical Center, delivered soup to an appreciative Graddick.

A rekindled friendship later blossomed over the phone with late night conversations when she was on the way home from late shifts at the hospital and he was returning from performances on the road. “We began lessons and continued to talk about music until late into the wee hours. Soon the conversations veered into subjects like farming, family, and faith. We married in 2021 and are now expecting our son in October,” Graddick says happily.

These days, the Graddicks are restoring the farmhouse in Cedar Creek where the land has been in the family since the 1800s. Called Twixtacrix for between the creeks, they were married there in the pasturelands. They’re already thinking of the lullabies like “You are My Sunshine” they’ll play for the baby expected in October. As for Kaelah at the fiddle, Graddick says he loves to hear her play “Cold Frosty Morning.”