Matriarch of the Mansion 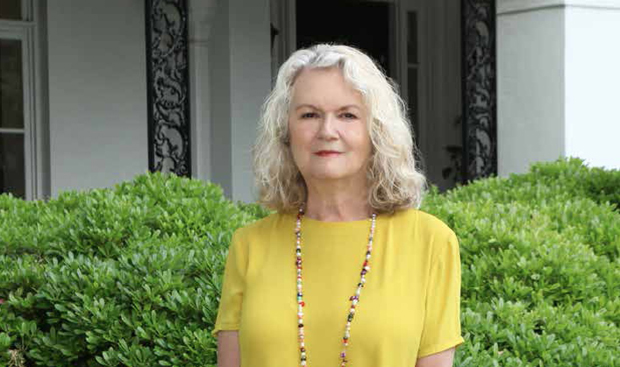 Growing up in Darlington County, she always wanted to teach history and now shares it every day at the state’s grandest residence in Columbia. She has served David Beasley, Jim Hodges, Mark Sanford and Nikki Haley, as well as Campbell and McMaster, in making the mansion a comfortable home for their families as well as a welcoming place for all South Carolinians.

As wife of George H. Bunch III, she and her husband also have a family connection to the Governor’s Mansion. He is the grandson of Dr. George H. and Frederica “Fredree” Ansel Bunch, daughter of Gov. and Mrs. Martin F. Ansel, who married there in 1910.

“Grandmother Fredree Bunch strongly influenced my love of the Governor's Mansion,” Bunch says “Her stories made me appreciate not only the history of the residence, but also the families who have lived there. Honoring one's family name always has been important to me, so I feel fortunate to witness the First Families as they honor their heritage. It also is a privilege to know many of their parents and siblings and witness their pride in claiming a governor in the clan.”

Peggy McMaster, Gov. Henry McMaster’s wife, who now calls the mansion home, has high praise for Bunch. “The Governor is the Governor, but Nancy Bunch is the ‘matriarch’ of the mansion. She treats it as the crown jewel it is. If you make a suggestion about changing something in the downstairs, she smiles, changes the subject, and the next day gives you an official document as to why it can’t be changed, but always with a smile. Through mold, bats and snakes, Nancy handles them with grace. Her memory about past events is priceless. She can tell me who was there, how much they raised for the mansion, what kind of tea was poured, and how many scones were consumed. Nancy, I love you and I raise my glass to you for your undying loyalty,” she said.

Governors and their families bring their own special influences and personalities to the mansion, Bunch says, building a treasure trove of memories. “One night, the sons of some governors entertained the Sanford boys with hilarious tales of living in the mansion,” she said.

The historic Governor’s Mansion, built in 1855 as officer quarters for Arsenal Military Academy, survived the burning of Columbia during the Civil War. In 1868, Gov. James L. Orr designated the building as the home for South Carolina’s chief executives. Since then, it has undergone several renovations, the one in 1999-2001 being the most extensive.

“It's impossible to recall the Hodges administration without the renovation,” Bunch says. “The family lived on Heyward Street for two years until it was completed. “I’ve always been thankful for the wise decisions of the Mansion Commission and Foundation, which raises private funds for acquisitions, restoration and preservation.”

When the mansion reopened, the Hodges had welcome a celebration for former governors and their families as well an open house for South Carolinians. An updated history of the mansion was also published for the occasion.

“I associate certain foundation events with each family,” Bunch said. “When the Campbells were in residence, Tiffany’s John Loring came for a luncheon, seminar and reception. In 2005, the Sanfords celebrated the 150th Anniversary of the mansion with a dinner dance on the mall for 650 guests.”

Jenny Sanford's love of the Lace House and Caldwell-Boylston Garden in the complex led to a beautiful restoration of both. Through the generosity of Charleston Interior Designer Kathleen Rivers, the Lace House became a lovely southern venue for special events. The formal gardens were restored by Charleston landscape architect Sheila Wertimer through a gift from the late J. Donald Dial, Sr. of Columbia, a Caldwell family descendant. The restorations were celebrated with an evening dinner dance preceded by a high tea, Bunch remembers.

Bunch also especially recalls the “Hall of Governors” project by Iris Campbell, wife of the late Gov. Carroll Campbell. "The Republican Women of South Carolina collected images of each governor beginning with John Rutledge circa 1776. They were displayed in a mansion hall and are now exhibited in the welcome center for all to see.”

Former President George H.W. Bush raided the kitchen in a visit during the Campbell administration, Bunch laughingly remembers. “When he was an overnight guest, the butlers discovered him wandering about the kitchen looking for a cup of coffee. Needless to say the butlers quickly accommodated him and later received presidential pins in appreciation for their services.”

In another memory from that period, Mrs. Campbell dressed as Santa’s wife at Christmas, entertaining employees’ children at annual holiday parties. “She always made any occasion festive and fun,” Bunch said fondly.

In other employee hospitality, the Beasleys invited mansion staff for a dinner in the State Dining Room shortly before they left the mansion. “After years of being served, Gov. and Mrs. Beasley “turned the tables and waited on them. They were thrilled, to say the least,” she recalls.

Bunch, a great animal lover herself, has enjoyed the menagerie of pets who have accompanied families to the mansion. “Soon after the Haleys came, we had a funeral for daughter Rena’s goldfish. We all marched across the lawn to the burial plot. Our beloved mansion supervisor, the late Chamberlain Branch, composed a song, ‘If I were a fish’ as a eulogy. Though saddened, we all broke into giggles, even grieving Rena.”

In other memories, Bunch recalled Michael Haley’s deployment to Afghanistan with the National Guard. “Mansion life was quite different without the ‘First Spouse.’ When he returned, we celebrated in style with a ‘May Day in the Mansion,’ an evening of dining and dancing under the stars. Little did we know, his next leave would come this year when the family moved to New York with Gov. Haley’s appointment as U.S. Ambassador to the United Nations.”  It’s a “a well-deserved position for a governor who led our state through turbulent times,” Bunch said. “She made us proud.”

Bidding farewell to First Families is never easy, Bunch said, noting, “I've done that five times. But there's always another waiting in the wings and we are always excited as it happens. “We welcomed the McMasters with open arms and they were so happy to move in and assume their new roles,” Bunch said.

“Unfortunately, Boots, their beloved bulldog, passed away soon after they began settling in. We all learned to love him in the short time he called the mansion home. I adored how he made his way halfway up the long staircase, stopped, and looked himself over in the giant mirror at the landing before proceeding up the other half. He is greatly missed. Boots only spent a brief time at the mansion, but he thoroughly enjoyed reigning as ‘First Dog’ before he passed away.” The McMasters have now welcomed a bulldog puppy, Max, into the family, to help fill the void created by the loss of Boots.

Bunch’s favorite seasons at the mansion are Christmas and Easter. “The Columbia Garden Club decorates each year with the house becoming a festive sight to behold. We open the doors to multitudes of South Carolinians and more. Palmetto Health's Children's Hospital patients gather in the spring for the annual First Lady's Easter Egg Hunt,” she said.

“South Carolina's Governor's Mansion is a place for extending graciousness and hospitality,” she noted, adding, “I'm convinced that’s exactly what the McMasters will do. They already love sharing their new home with guests and are the epitome of southern hospitality. Gov. McMaster is a history buff, so maybe he'll even guide some tours with me.”

Bunch’s office itself is rich in with antiques and history. “I use a piece of furniture that belonged to John C. Calhoun as a credenza. An 1850s trunk beside it was owned by McCormick County lawmaker Billy Dorn. I love being surrounded by such history.” Her role at the Governor’s Mansion has given her “the opportunity to serve our state and share southern hospitality,” she said. “The only thing I ever wanted to do was teach South Carolina history and I've had the privilege of doing both in our state’s beautiful, historic home.”

“If we really want to love, we must learn how to forgive” and “If you judge people, you have no time to love them” – Mother Teresa