Ninety is the New 24

Junior League Columbia is still making our city a better place to live. 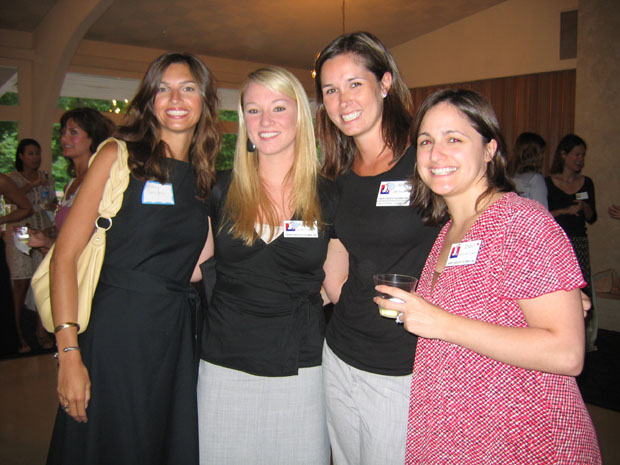 Ninety is the new 70. And the new 50. And even the new 24. As Junior League Columbia (JLC) celebrates its 90th anniversary, the chapter has a clear view of the Now and the Future, and has always kept a keen eye on its founders’ 1924 vision.

“It’s because we have stood on each other’s shoulders that JLC is as effective as it is today,” said Nancy Dunbar, once a chapter president and now one of the 781-strong sustaining members who stay involved. “We are one of Junior League International’s strongest chapters, with women wanting to join the membership, which now surpasses 1,500. Through our dues, we pay for the opportunity to do this volunteer work to make our community better.”

In every decade since Katherine Heath invited some of her closest friends over to discuss how they could organize as volunteers to improve the community, JLC has had a finger on Columbia’s pulse. That inaugural year was 1924; by 1925 the local chapter had been admitted into the Association of Junior Leagues International, and every year since has been a good year for Columbia.

“That is true, in large part, because the chapter has refused to remain static as it has followed the contours of the community’s needs,” said Peggy Riddick, another former JLC president, now marketing manager of M. B. Kahn Construction Company. “While programs have changed in tandem with the city’s needs, the two main reasons for getting and staying involved in JLC have been consistent over these nine decades: Join to impact your community and meet new friends. If you look at our projects over these 90 years, you will see exactly what was important to the community as it has evolved.”

In some decades the need, and therefore JLC’s emphasis, was on literacy or health, cultural improvements or awareness about domestic violence.

Powers Strickland Tanis, JLC vice president for communications, noted that an early emphasis involved volunteering at the Home for the Blind. “And a highlight of the ‘30s was the organization of the Mental Health Society. These two examples, like many other JLC commitments, ultimately gained the strength and support to stand alone, or to evolve into another organization or cause,” said Tanis, also communications director of McAngus Goudelock and Courie, LLC.

The Central Volunteer Board was catalyzed by JLC’s own internal emphasis. “We have always been a volunteer organization and, as we grew, when we needed training, we brought in someone with great experience to direct our efforts,” said Dunbar, for whom JLC’s annual leadership award is named. This sustaining member recalled Ren Fortier, a New York speaker whose advice has stuck with her in both professional endeavors and community service..

Offering well-matched volunteer opportunities always has helped doing the work needed in the community more rewarding. And as JLC Sustainer Representative Jennifer Harding said, “If you don’t have membership satisfaction, the league’s vision won’t be achieved.”

In choosing community projects, the league first considers the need in the community, then asks: “Is the work something within our scope, and does it offer the potential for growth and deeper community awareness?”

Since the dawn of the new millennium, healthy children have been the league’s focus. Concerns from dental care, to self-esteem, to nutrition have all been addressed through myriad volunteer programs.

“This year our signature program is the refurbishing of Roy Lynch Park, our tangible testimonial that fresh air and exercise are essential for healthy development.” Strickland explained that the City of Columbia park, situated in the Elmwood Park community, “is adjacent to Logan Elementary School and is used as the school’s playground.”

The hands-on component of JLC’s efforts has become paramount in recent years. “We invest our resources – time, talent, finances – in projects in which we can engage personally,” explained Harding, Vice President for Relocation for Russell Jeffcoat Real Estate, Inc.

“Organizations seeking funding through our grant application process now pinpoint which aspect of their effort will afford JLC members the opportunity to be involved. By being hands-on involved, we demonstrate our concern and get to the heart of the matter – we are not just writing them a check. We have our sleeves rolled up and we get in there and work.” Harding said, “In this way, we learn more about them and their needs, and they learn more about us. Involving ourselves in the actual work makes us much more aware of our community’s needs.”

Infiltrating the community to take on league projects not only introduces members to recipients but also broadens members’ civic perspectives, sends them into buildings for meetings and outreach they may not have been familiar with, and brings them into contact with community resources they might not have met, or known about, otherwise.

Without benefit of flexibility, less would have been accomplished over these 90 years. As more members began following career paths, JLC’s programs adapted to their decreased availability to work during day hours. “For example,” recalled Dunbar, “while we were first in the community to have a thrift shop, staffing became more difficult after more members joined the workforce. Now instead of a thrift shop, we hold an annual Clean Sweep garage sale at the State Fair’s Cantey Building.”

The garage sale was the first signature event of 2015, the anniversary year. Even while JLC is celebrating a big birthday this year, they are not losing sight of the community work to which they are committed. Women’s History Month was chosen for a luncheon to honor former presidents and organizations helped to form. The first 90 years of achievements will be acknowledged at a gala at the South Carolina State Museum April 24.

Since its inception, JLC has been involved in numerous community organizations including the following: