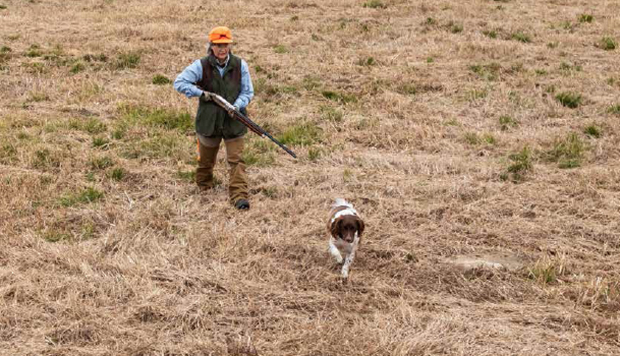 Pine Lake Plantation, one of the Carolina’s oldest private bird hunting preserve, has been in the business of providing for northern bobwhite for decades.  Tended by Clayton Myrick, self ascribed bird lover as well as conservationist, the property is carefully managed for this diminutive game bird.  Myrick, following in his father’s footsteps, offers his clients a top-notch experience.  Some of these sportsmen and women return, time and again, following well-trained dogs through the plantation’s tall grasses in the pursuit of bobwhite.

The hunting season at the plantation runs a full six months: from October through March. So, for half of the year, Clayton can be found guiding hunters of varying skill levels and from all over the country in pursuit of bobwhites.  Around 500 clients schedule guided half day hunts during the period.  Cost of a hunt is $175 with a limit of ten birds.  Should a hunter bag more than his limit (which is allowed), the cost is $6 extra per bird.  There is also an optional charge of $1.50 per bird for cleaning.  Clayton works seven days a week, leading hunters Monday through Saturday and spending Sundays restocking the plantation.

With shotguns at the ready, the wing-shooters will follow a dog whose job it is to locate the birds in the thick vegetation.  Bird dogs are bred for the ability to locate quarry and instantly point with their noses to the spot where it is hiding.  The birds will instinctively freeze as well.  But when the command is given, the dog will flush the bird (or birds) whereupon the hunter hopes to be close enough to get a clean shot.  Clayton’s breed of choice is the English pointer, although hunters may utilize German short-hairs, Brittany spaniels or other pointing dogs for finding quail.  Outside the hunting season, Clayton can be found training hunting dogs and so he has a great deal of insight into what makes a good match for finding birds.  Unequivocally, he believes English pointers handle the warmer weather here in the Sandhills and so are the best overall pick for the job.

Training for bird dogs generally takes up to six weeks of work, at a cost of $450 per month for the service.  Conformation and personality as well as hunting skill all figure into the value of a pointer.  Dogs he has raised have brought well over $1,000 on the market―with his personal best being an individual that sold for $15,000.

Quail hunting was once a common past time in the southeast.  In the days of vast, unbroken acreage of longleaf pine savannahs, birds were abundant.  Flocks, or coveys as they are called in the case of quail, would easily number several dozen birds.  But in recent decades, conditions have changed and little quality habitat remains so wild birds are scarce.  Bobwhite are thought of as birds of open fields but also thrive in longleaf, given the open understory and productive herbaceous layer with abundant insect life as well as seeds, berries and buds.  According to the Wildlife Resources Commission, populations have suffered over the past several decades as land use has changed.  Old fields have become either densely forested or subdivisions.  Also, predators from bird hawks to raccoons and coyotes as well as free roaming cats have become more of an issue where birds remain.  Although still common in some areas, sadly, the quail are not abundant and widespread as they once were. 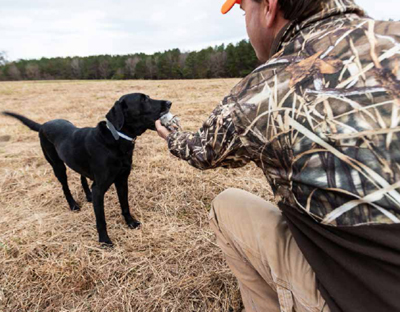 Therefore, endeavors such as Myrick’s are significant.  He is truly a passionate conservationist who is dedicated to providing for bobwhite―managing the landscape so there is adequate food and cover year-round for these handsome and charismatic birds.  Northern bobwhite is the only native, non-migratory quail species here in our part of the US.  It has been a very popular small game animal for many years.  By virtue of their camouflaged plumage and secretive behavior, bobwhite are heard far more often than they are seen.  Interestingly they spend all of their time on the ground and typically in dense vegetation.  Therefore, it is not surprising that well-trained bird dogs are so necessary for a successful hunt.

Clayton is not the only one offering guided hunting opportunities.  However, he has been providing the service the longest.  Furthermore, he is committed to making his bird hunts authentic and quality experiences.  He regularly releases quail on the property, but takes great pains to ensure the birds are not habituated to people and so behave in a wild fashion.  And that, coupled with intensive management of the habitat result in bobwhite on the property year-round.  Wing shooters that come to Pine Lake vary from novice wing-shooters to expert marksmen.  Clayton is more than willing to give pointers to those with less experience.  He genuinely wants his guests to not only hit at least a few birds but to have fun in the process.

Safety is paramount however.  There has only been one accident on site and that involved Clayton himself back in the early years.  A stray shotgun pellet ricocheted and hit him in the eye.  As a result of losing that eye he is adamant about his clients using protection―and taking every precaution while in the field.

With vast acreage of this forest covering but a fraction of our area, and being chipped away at all the time, the area left expressly for wildlife is not what it once was.  Pine Lake, at over 1,000 acres, is a testament to the determination of one man in the name of northern bobwhite.  Over fifty years of hard work has produced a property where some of the finest quail hunting in the southeast can be found.  Although the property used for hunting is leased, Clayton carefully tends the vegetation throughout the year.  He has planted millet, milo, partridge peas, corn, buckwheat and other cover crops that are rich food sources for the birds.  And even though predators can be a significant problem in this business, there is little Clayton can do.  Providing thick cover in the form of understory as well as strategically placed brush piles does help provide additional refuge.

Being a bachelor, Clayton hopes to pass on the business to his nephew down the road.  There was never any doubt that he himself would take over the endeavor from his father.  Although it is not an easy lifestyle, he cannot imagine anything else he would rather be doing.  It is not just the time spent with the birds, dogs and the land, but the experience with people is so very rewarding.  He has made some terrific friends doing what he loves over the years.  As his father Jack was fond of saying: “Anyone who loves birds and dogs cannot be half bad!”