Couple’s choice to change the dates instead of change the plans benefits wedding venue and vendors. 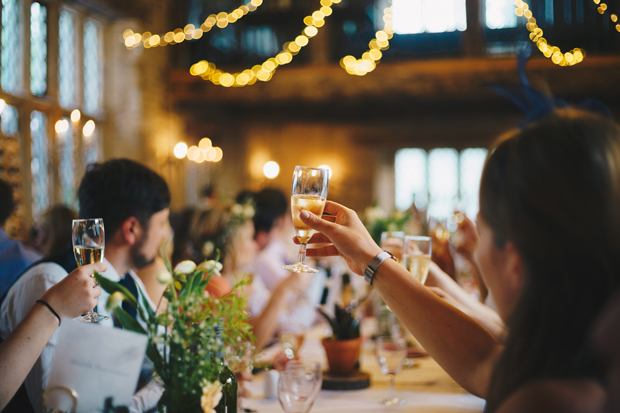 A lovely save-the-date card for the Charleston wedding of Caroline Reigart and Jonathan Painley arrived last fall, joyfully noting the May wedding to be held in a Sullivan’s Island church followed by a cocktails, dinner and dancing at Charleston’s Carolina Yacht Club.

But it was not to be. In early spring, the pandemic cast a cloud over the couple’s happy anticipation. A true dilemma with major financial commitments already made, they had to seriously consider abandoning their plans for a perfect spring wedding.

After painstaking consideration, a fall date has been set for October, offering the beauty of a South Carolina autumn afternoon. Same location, but a different season.

Caroline, a Washington, D.C. attorney who grew up in Charleston, shared her and Jon’s thought process in their originally planned wedding, “Jon and I chose the first date available in the spring at our venue after we got engaged and were excited about having a spring Charleston wedding.”

Jonathan, an energy consultant from Greensboro, N.C., became worried when the United States issued guidelines in early March about travel to Italy, their honeymoon destination. “It was that same week that we realized our honeymoon probably wouldn't be a great idea,” Caroline said. “I reluctantly cancelled the honeymoon after Jon pointed out that things likely would only get worse, but at that point we hadn't even considered the idea that we'd have to also postpone the wedding.”

Yet, on March 15, they realized the CDC had issued guidelines calling for cancelling or postponing large gatherings or events. Washington was already taking the virus seriously and both of their companies had announced that the couple would be working from home for the foreseeable future.

With the CDC recommendations, they began considering a postponement of the wedding. “We called my parents, just to see what they thought, and we ultimately decided we'd try to find a new date before making any definite plans. Over the next two weeks, we contacted all our vendors and were able to find a date that worked with all of them. Once we had a new date nailed down, we made the decision to go ahead and postpone.”

“We're going to have to change the rehearsal dinner location and we had to pay a re-booking fee for our band, but in general, our vendors have been more than willing to work with us. We've been able to keep all of them,” she reports with relief.

On reflection, Caroline says, “I've tried to view the extra time as a blessing. For example, I originally wasn't going to have time to have bridal portraits before the wedding, but I'll have plenty of time now. I also was able to hire a videographer for the wedding, who was not available on our original date. The cost to travel to Charleston is lower in the fall, so it won’t cost quite as much for our friends and family to come from out of town.”

“We considered eloping or holding a small wedding with just our immediate families, but because we're spread out around the country, there was no way that we could get married unless it was just the two of us. Ultimately, we decided we'd rather just wait to have the wedding we'd been planning,” she explained.

With an attitude of bright acceptance, she concludes, “We're sad that we're going to have to wait an extra seven months to get married, but we're just grateful we have been able to postpone the wedding without too many issues. What matters most is that we'll eventually be able to get married with our friends and family there to celebrate. We're now getting concerned that the social distancing guidelines will still be in place in October, but at this point, all we can do is wait and hope things get better.”

Caroline’s mother, Columbia native Beth Boatwright Reigart, shared her emotions when their plans began to go awry. “What do you say when a pandemic occurs 60 days before your daughter’s wedding?  Initially, I tried to be the upbeat, ever-positive, problem-solving mom. “It will be okay; they will get this under control I told myself as Caroline and Jon tried to make sense of the pending crisis.”

Beth knew well how hard Caroline had worked to make her dream wedding perfect. “Everything was set - bridal showers, dress alterations, honeymoon plans and all the other details which would make her dream come true. Once she heard the CDC limit the number of people allowed in a location, she knew her beautiful May wedding plans had been dashed,” she said.

Caroline and Jon spent several days pondering their options. Together, they have a large, loving family along with many friends. So, then, the answer was clear. “Let’s reschedule to the fall,” they concluded.  The stars were aligned as all the vendors were very receptive to the new date.

Now, with the pause for reflection, the mother of the bride notes. “Time spent together to count our blessings,” she says. “As a mom, I can see the change in my daughter. The details are no longer quite as important. She has a deeper understanding of her love for Jon, their families and friends. While we will not gather in May, an October wedding gives us a sense of hope - for love, commitment and a better, kinder world.”

Caroline and Jon realize, of course, they are among many couples who are dealing with disappointment during what should be one of the happiest periods of their lives.

As Kim Bellware and Lisa Bonos noted in a March article in the “Washington Post,” some pre-wedding day jitters are common for any couple, but instead of stressing over weather or seating arrangements, they are coping with a pandemic.

There are untold numbers of couples whose nuptials were planned before widespread changes hit the United States’ $78 billion wedding industry. While changes are inevitable, weddings will still take place, although with modifications. As Susan Cordogan, founder of the Chicago-based event planning company Big City Bride, told the “Washington Post,” there are things you can do to. “Being flexible will help, knowing the ultimate goal is to marry the person you love.”