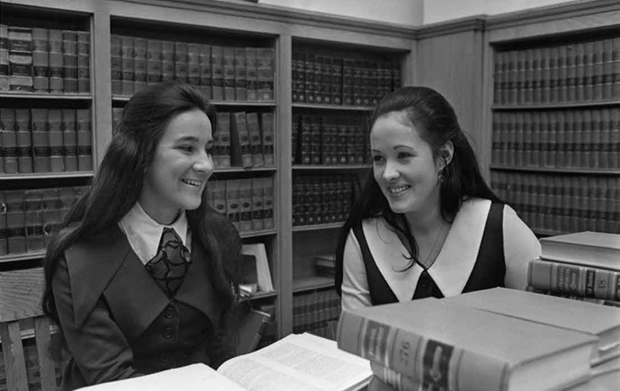 Victoria L. “Vickie” Eslinger is a warrior who has been working on behalf of the downtrodden, the disenfranchised and the disadvantaged since her college days.

Now a master litigator, she’s a worthy opponent capable of taking on the big guns at any level, as her colleagues in the legal profession readily can testify. Long before she attained the top of her game, however, she was already recognized as a trailblazer, a pathfinder, and a groundbreaker - admirable accolades that all aptly apply. While still an undergraduate before entering law school, she was a powerful advocate for women’s reproductive rights. She also worked to ensure opportunities for women to serve in what traditionally had been exclusively male domains.

When she was chosen last year as a Columbia City of Women honoree, the recognition was applauded, as among the most recent in a life-long parade of achievements. "Vickie is a trailblazer who did and does break barriers, especially in the Columbia community" noted Nikole Setzler Mergo on the occasion. “She has spent her life and career tirelessly advocating for women's health and equality and is known for fighting for underdogs of all backgrounds – and winning.” It was worthy praise from Mergo, a managing partner at Nexsen Pruet, where Eslinger is a partner. The CCW award, recognizing women who have a significant impact in the Capital City, is a joint effort of the Historic Columbia Foundation and the South Carolina Women's Rights and Empowerment Network.

Fighting for the underdog was instilled by Eslinger’s parents, “who taught us when we saw an injustice, we should never sit idly by and let it go on – that we should do our best to fix problems,” she said. “They also said to be a leader, not everybody would agree with us or love us – especially if the goals were not popular.

“When I was an undergraduate, I realized the way to achieve social and legal change was through the law, so I decided to go to law school, even though at that time only three percent of the nation’s lawyers were women,” she reminisced. “When I bumped into discrimination or it affected me personally, it never occurred to me not to challenge it.”

That’s why she’s featured as a leader in a South Carolina women’s history series. “It is often said that she launched the modern women's rights movement in South Carolina through her legal battle to gain the right to serve as a page in the state senate,” as noted in “South Carolina Women: Their Lives and Times, Volume 3,” edited by UofSC Professors Marjorie J. Spruill and Valinda W. Littlefield. 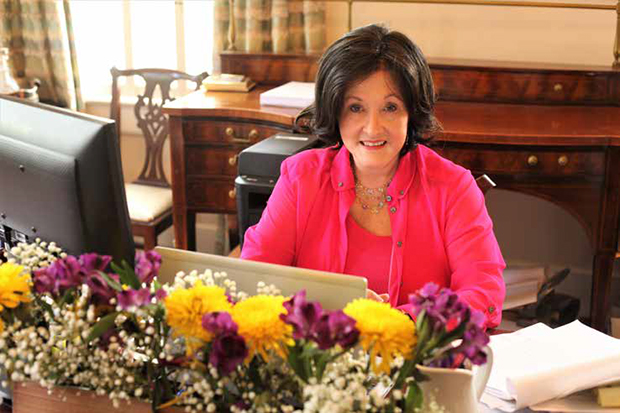 The S.C. Appleseed Legal Justice Center has also recognized Eslinger with its Advocate of the Year award, given to a leader in the legal profession who champions the cause of low-income children and families. One of her most memorable cases was on behalf of a migrant worker whose newborn child was involuntarily taken away from her for adoption. Eslinger used her fluency in Spanish as a part of her arsenal in articulating the young woman’s plight. “We were able to get her baby back and, with the help of other wonderful lawyers, resolve the immigration issues,” she said.

These days, she’s keeping a watchful eye on the movement to undermine the hard-fought landmark U.S. Supreme Court case, Roe vs. Wade, for a woman’s right to a legal abortion. A federal judge has temporarily blocked South Carolina’s recent abortion restrictions. S.C. state officials have appealed the injunction. Also, she emphasized, “Let there be no mistake that they are also targeting legal birth control. A number of bills they have considered or are considering would interfere or prohibit the use of an IUD or other forms of birth control.”

As a recognized leader in her profession, Eslinger serves not only as an example for aspiring lawyers, but she also values her role in serving as a mentor for young attorneys. She likes to conclude her talks by saying, “I hope that you will live your life in such a way that every morning when your feet hit the floor, Satan shudders and says 'Oh crap. She's awake.’ "