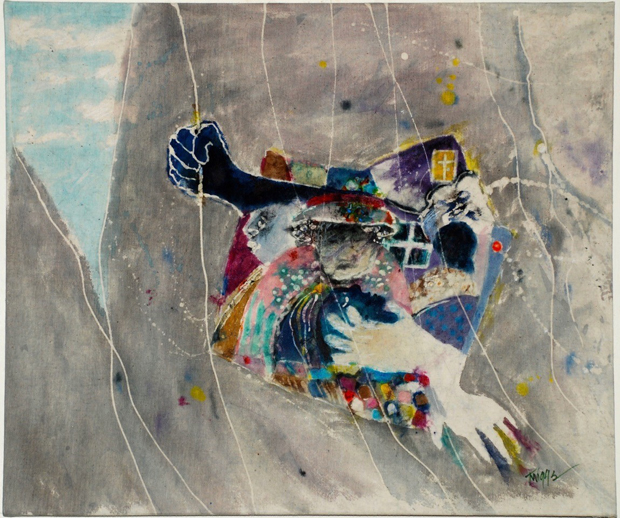 As you step into Leo Twiggs’ studio, your eyes inevitably hesitate, deciding where to look first. To their left sits dozens of cups, half-filled with dried-up dye used to create his renowned batik art. All around, covering almost every inch of the walls, are his works – their patterns, colors and symbols each grappling for attention. And straight ahead, stands the largest painting of all. Yet it’s turned away, not quite complete.

What your eyes don’t see amidst the sights and colors of the studio, though, is a small cardboard sign cast to the corner of the room. It’s only meant to be noticed by Twiggs himself, but if you look hard enough, you can read the small Times New Roman font that spells out the goal of his work. It reads, “The purpose of art is to lay bare the questions that have been hidden by the answers.”

For over 50 years, Twiggs has been using his batik art to push onlookers to consider the questions that initially led to their now deep-set beliefs. He has used deteriorating confederate flags to bring to life questions of heritage, history and the power of symbols; railroad crossing signs to raise questions of divisiveness; and cows to discuss both rural living and “docile helplessness.” His goal has always been to do more than entertain with his work, but to push his audience to think, feel and reflect.

For him, his hope for each piece is simple. “I want them to feel the honesty,” he says.

This was never more exemplified than in the nine-piece series he did following the 2015 mass shooting at Mother Emmanuel AME church in Charleston, where nine African American churchgoers were murdered. In the series, Twiggs incorporated the symbols he’s been using his whole career to depict a larger message: This was not just a lone gunman, acting on his own insanity, but a tragedy that was a part of a larger, historical narrative. 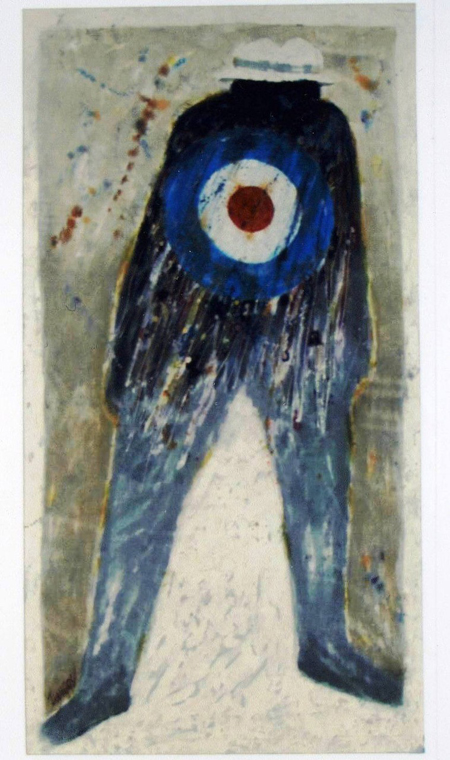 “It’s just like everything came together,” Twiggs says. “I had prepared over my whole career for that series.”

The response he received from it was unlike anything he had ever experienced. In Charleston, the entire City Gallery was devoted to his show. In Spartanburg, players and coaches from the Carolina Panthers football team came to see the series, with ESPN running a nationally televised segment reflecting on the players’ reactions.

But, even with national attention of his series soaring, it was the local response to his work that surprised Twiggs the most. He remembers one specific showing that he did for the members of the Charlotte city council a day before the exhibit opened to the public. He told the council members about the meaning behind his works and then asked if they had any questions. Their response is something he will never forget – instead of questions, he was met with silence and tears.

“That’s the first time in my life that I have ever seen people come out of an art show crying,” he says. “I mean, people don’t look at paintings and cry. They go to the movies and cry, they go to plays and cry, but a painting is just images on a wall. To me, it was the highlight of my career, because those were people who felt it.”

For Twiggs, it was moving to have people feel his art so viscerally. But the fact that he was making art illustrating the nine deaths showed that the symbol of the deteriorating flag commonly seen in his work was, in his opinion, outdated. The deteriorating confederate flag had always represented confederate ideals slowly withering away. Except, with recent events like those at Mother Emmanuel and Charlottesville, he realized that these ideals were no longer fading.

The realization has led him to create a work unlike any other he has ever created. Not only is it his largest work, but for the first time in his career, it contains an un-withered flag. Titled “Resurrected Flag,” the piece shows a gray, aging confederate flag becoming pristine.

It’s “disheartening” to create this piece, he says. But, like all his pieces, he hopes it leads viewers to look past their own beliefs and to question how we, as a nation, got here , so that hopefully there is change. Because, after all the progress he’s seen surrounding race relations in his 85 years, he is going to do everything he can to make sure there is no step backwards.

“There’s a line in a song that says, ‘how ya gonna keep ‘em down on the farm after they’ve seen Paree,’” he says before pausing, looking over at his newest work, and then looking straight ahead. “Nobody’s going back. They might try and take us back, but we’re not going back.”