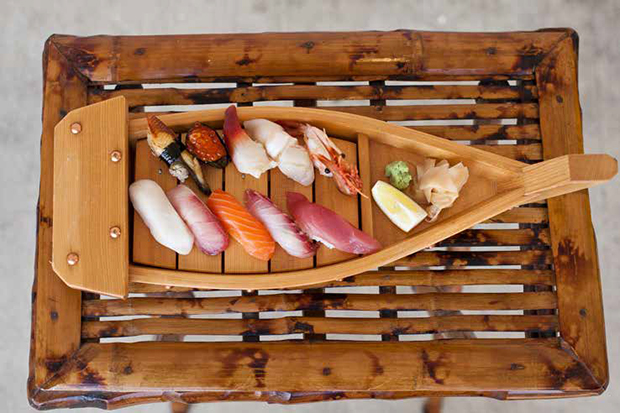 Sushi has been a part of Japanese culture for well over a thousand years, with its origins tracing back to the ninth century. The Buddhist practice of abstaining from meat resulted in many Japanese people turning to fish as a dietary staple. According to the article, “Discover the History of Sushi,” by Tori Avey via pbs.org, the dish grew in popularity as Buddhism spread.

America’s first sushi restaurant, Kawafuku, opened its doors in 1966. Located in the Little Tokyo section of Los Angeles, its sushi bar was run by sushi master Shigeo Saito who served traditional sashimi and nigiri. For those who don’t know, nigiri is a specific type of sushi consisting of a thin slice of raw fish over pressed, vinegared rice. Sashimi is a simple dish of thinly sliced raw fish, no rice. American style sushi got its start when the California roll made its debut in the 70s. From there evolved the deep-fried, tempura style selection of rolls we are used to seeing on menus today. 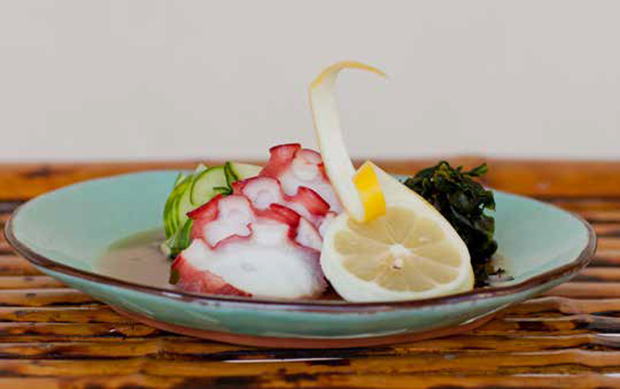 Columbia’s own sushi master, Chef Ryo of Inakaya Watanabe, has been “doing sushi” for over thirty years. As a teenager, he worked at a restaurant in Japan where he acquired the knife skills he needed when he moved to Miami in 1984. “I didn’t speak English at all,” he said, “so I started working at a Japanese restaurant in Miami owned by Japanese people who spoke Japanese.” He started out in the kitchen and was promoted to sushi chef about a year later.

He bought Inakaya Watanabe in 2012 and the restaurant quickly became a staple among foodies throughout the Midlands. He credits his success to fresh ingredients, a well-trained staff, and his overall high standards for the operation. “Our food is always fresh,” he said. “We are busy, so we turn the food really quick. I don’t order too much fish at once and I try to order almost every day.” He insists that his servers thoroughly memorize the details of the menu so that guests can order precisely what they want without room for confusion. Sushi rolls are the most popular item and can be ordered a la carte, allowing guests to create their own sushi platters. They can even make up their own rolls. “As long as we have the ingredients, we will make it.” Ryo reports average sales of over 1,000 rolls per week.

Loyal customers take advantage of the popular weekly specials. Tuesday is date night: get a sushi boat for two with a complimentary dessert or small sake. Wednesdays are $1 off domestic beer and hot sake. Thursdays and Fridays host the “Tono” Special: pick ten pieces of the best fish (nigiri) at special market price. (Fun Fact: Tono means king in Japanese.) On Saturdays, guests enjoy 25% off a bottle of wine. The restaurant is currently closed on Sundays and Mondays. The Tatami room offers traditional Japanese style floor seating and is a favorite for birthday parties and other celebrations. There is also a karaoke room available for rent. Pre-COVID-19, the room fit between 12 and 14 people, but as of right now is only seating eight, maximum.

Ryo has taken additional measures to keep guests safe in the COVID-19-era. There are seven air purifiers throughout the restaurant, and he leaves the doors open as much as possible so air can circulate. Staff and guests are required to wear masks and complimentary masks are available upon request. Plexi-glass has been installed at the sushi bar and social distancing is enforced. Hand sanitizer is available to guests and required for staff. Dine-in seating is at half capacity and curbside dining is booming. These extra precautions reflect Ryo’s mantra: Never Satisfied. “Standards are high,” he said. “Never satisfied. Just keep aiming higher and higher.”

The effort shows in every aspect of the Inakaya Watanabe dining experience.