Everyone is Welcome at Boca Grande 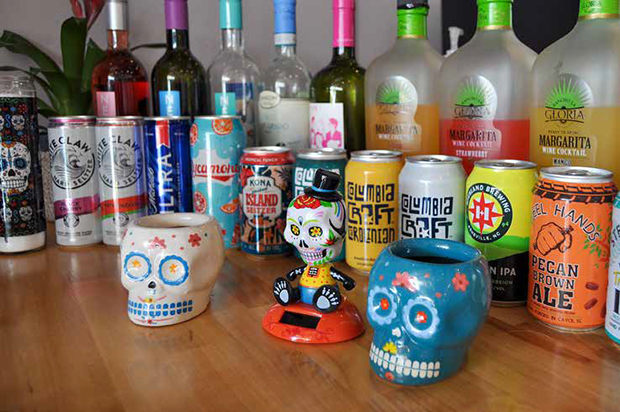 “I’m a Sicilian with a big mouth” is not what one expects to hear when you ask a chef-owner how he chose the name of his restaurant. Though David Grillo’s mouth is responsibly covered with a mask, he seems believable. And Boca Grande — “big mouth” in English — isn’t what you would expect at first glance. The menu has the basics, everything people look for from a burrito joint, but it’s peppered with a few surprises, all made from scratch in the restaurant’s minimalist kitchen.


That minimalism — there is no fryer or grill — is what lets fresh, often local ingredients shine. Diners can’t go wrong with any item on the menu, but choosing ingredients for a custom burrito, salad, or bowl is also an option. On a recent visit, salad with beef, roasted corn relish, radish, pickled jalapeños, cortina cheese, cilantro, greens, black beans, and avocado ranch hit the spot. The braised beef, enthusiastically recommended by the cashier, was as tender and flavorful as promised.


Snack offerings include a childhood classic, Frito pie. Former campers may remember this delicacy, often served right in the bag of chips, topped with chili rojo, ground beef, cheddar, crema, and pickled jalapeños and serranos. It’s an elevated version of the campfire favorite, to say the least. The crema, similar to crème fraîche, is made in house by Grillo. He blends full-fat Greek yogurt with Hickory Hill buttermilk from Edgefield, South Carolina, adding a little salt and lime juice before allowing the flavors to blend and the crema to thicken overnight in the fridge. The result is good on everything, from burritos and salads to mole-drizzled corn cakes or chips or, no judgment here, your finger.


In an effort to offer something for everyone, Grillo includes vegetarian, vegan, and gluten-free items on the menu as well. Though one recent customer insisted there must be meat in his burrito, he couldn’t believe potatoes could taste that good. Those potatoes, roasted in olive oil and seasoned with sweet smoked paprika, seem too good to be true. Their caramelized skin and seasoning trick the taste buds, highlighting Grillo’s ability to make simple, great food.


That big-mouthed Sicilian uses his voice to welcome one and all. The restaurant’s skull logo is a nod to Grillo’s love for death metal, which inadvertently spawned his 33-year restaurant career. When he first heard the music as a teenager, all he wanted was a guitar so he could learn to play. His father was not convinced and encouraged Grillo to get a job and earn the money for the purchase. He worked in a farmers market café, eventually saving enough to buy a guitar at Star Music. Music and food have been part of his life ever since. 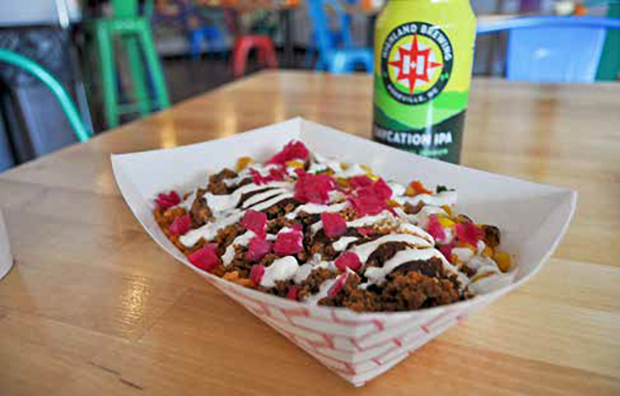 The skull also represents how Grillo views people. “The skull doesn’t define who we are, not by race, gender, religion, or anything,” he explains. It only shows we’re all human — and every human can enjoy a burrito. Quoting a Peter Wolf lyric, he explains how he wants everyone to “come as you are, or don’t come at all.” It’s working. Boca Grande’s clientele is diverse, with people of all ages and races lining up for delicious food, served at a nice price in a casual and welcoming atmosphere.


Grillo cares about people as much as he reveres food and music. Many of his hires are people he knows from his long career in kitchens from Austin, Texas, to Georgia and South Carolina. His wide range of experience has prepared him well to run this ship. He’s worked at Augusta National, TGI Friday’s, and Ruth’s Chris, among others. Most recently, he ran the kitchens for 12 years and created menus for Za’s and Cantina 76 in Columbia. He’s also an instructor at the Culinary Institute at USC.


Boca Grande, one of the newest additions to Columbia’s culinary landscape, quickly became a local favorite, beloved by, well, pretty much everyone who’s tried it. Fresh local ingredients, prepared with care, keep everyone coming back for more.