How an academic doctor became a restauranteur 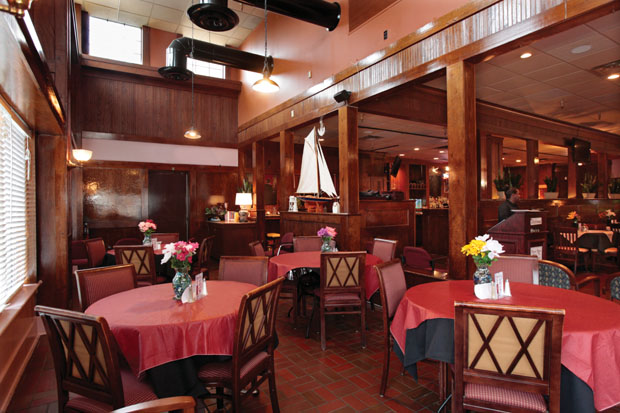 Owning a classy restaurant in one of the most affluent areas of Columbia is not what Evelyn Fields ever envisioned for herself. Nor did obtaining her Ph.D. in early childhood education from the University of South Carolina. Dr. Fields is the youngest of 11 children and hails from Bamburg County. There are approximately 3,500 people living in the rural area around the town of Denmark, where she resided as a child. The median income for a household in that community is a little over $17,000. In Forest Acres, where Dr. Fields’s The Seafood Academy is located, the median income is over $50,000.

Dr. Fields’s mother, who is almost 90, has a fourth grade education, and of her children, only two achieved a bachelor’s degree. Dr. Fields is the first person in her family to even conceive of a doctorate degree – much less obtain one. She says that when she did receive the degree, her family and friends threw her a party and her mother primarily focused on the fact that she had become a teacher – not a teacher with the highest possible degree. The Ph.D. part was almost incomprehensible.

So how does a woman from nowhere with no opportunities achieve an almost 30-year career in academia – first at the University of South Carolina and then at South Carolina State University – and then also become a restauranteur. Clichéd as it may sound, her answers are simple: hard work and determination.

Dr. Fields says her mother instilled in her at an early age the satisfaction that comes with hard work. Her mother worked as a domestic servant, always doing whatever was necessary to support her children after Dr. Fields’s father died. Her mother also learned the Bible and taught it to her offspring, pouring into them the importance of strong values and morals. All have resulted in character traits that have served Dr. Fields well. When she wants or needs something, she makes it happen. She has never married – and has no children. (“I tell my students I don’t have any children because I never married,” she says. “That shows them that I am true to my faith.”)

Her restaurant adventure came about when she decided to visit a Crab Pit restaurant with some of her S.C. State colleagues in Orangeburg because she “loves seafood and especially crab legs.” Ironically, she ordered crab legs and was told they did not have any. “Right away I’m thinking that they’re really struggling,” she says. “They were going nowhere fast. No crab legs at the Crab Pit?”

The seed was planted. Dr. Fields had toyed around with what she wanted to do with her life after she retires, possibly next year, from the rigors of academia. She enjoys fine dining and music and had entertained the idea of investing in a restaurant. She suddenly saw the Crab Pit as a possible “challenge … a pet project.” She spoke with the owner and asked him how he would feel if she purchased the restaurant from him and then worked with him to manage it since he already knew the business. He liked the idea. One of her colleagues was interested in investing with her. (He has since decided academia is where he needs to stay and is now president at a community college.)

Dr. Fields officially became the owner of a seafood restaurant in 2012.

At the time, she was – and still is – working a full, full time job as a tenured professor as the chair for the Department of Teacher Education. She must be in the classroom 25 to 50 percent of the time every day. She drives back and forth from her home in Shandon in Columbia to Orangeburg – almost 100 miles round trip.

It was the driving, and the fact that the median income in Orangeburg is closer to where she grew up in Bamburg County than it is in Forest Acres, that prompted her to move the restaurant to Columbia. She determined that if she retired in a year or so, she wanted her business to be in the area in which she lived, not almost an hour’s drive away.

Dr. Fields worked out a three-year lease with the landlord of the anchor restaurant site at the Richland Mall and moved the entire Orangeburg business to Columbia.

What Dr. Fields has learned about a career in education versus one in the food industry is that one is highly structured and the other is not. “The restaurant business seems to be a whole other world … another culture,” she says. Although she finds herself teaching her staff, she also is learning on a daily basis. She has learned the logistics of keeping the right amount of supplies, and ordering fresh seafood. Most is caught in South Carolina waters, while other seafood comes from Georgia or Florida.

The enjoyable aspect of the restaurant business for her has been developing the menu theme. Since her background is in academia, she decided to name the restaurant The Seafood Academy, with many menu items named for academic terms. For example, there is the Freshmen’s Fried Calamari, the Sophomores’ Shrimp Feast, the Juniors’ Shrimp Cocktail, and the Seniors’ Shrimp & Grits. Faculty’s Fried Oysters and Scallops are on the Appetizer menu, while some entrees are: Professors’ Swamp Special, with gator bites, frog legs, and shrimp; President’s Platter with oysters, deviled crab, and tilapia or flounder; and, The Dean’s Low Country Crab Boil.

The only item not pertaining to the overall theme is Cel’s Pastrami Sandwich. Cel is a sister who lives in New York and happens to know her pastrami sandwiches. Dr. Fields said her family moved to New York for a short time and she learned about quality sandwiches. There is also a Reuben on the menu, as well as a Shrimp & Scallop Po Boy.

There are seafood pasta dishes, an a la carte menu, sandwiches, salads, and a kid’s menu. For those not interested in seafood, there are ribs, steaks, pork chops, chicken, and burgers. Her personal favorites are shrimp, pasta dishes, and crab legs. “I want to make sure we always have crab legs,” she quips.

But most importantly, Dr. Fields is adamant about music. In the intimate dining atmosphere of her restaurant, with its bead board paneled walls, fish tanks, full bar, and low lighting, she wants patrons to enjoy good food while also enjoying good music.

Ultimately, she hopes that The Seafood Academy will be the jumping off point for the revitalization of the floundering Richland Mall.

Dr. Fields says she will not abandon her role as educator regardless of how entrenched in the restaurant business she becomes. She has written a textbook about educating homeless children that is set to be published, and she plans to use her status with the American Association of Blacks in Higher Education as a platform to raising awareness of the continued need for historically black colleges in the United States.

She knows from whence she came, and she realizes that it has taken much education, perseverance, and enthusiasm to achieve two distinct careers. She wants to make sure that others like her have the same opportunities.