A heart attack can happen at any age. Pay attention to the symptoms. 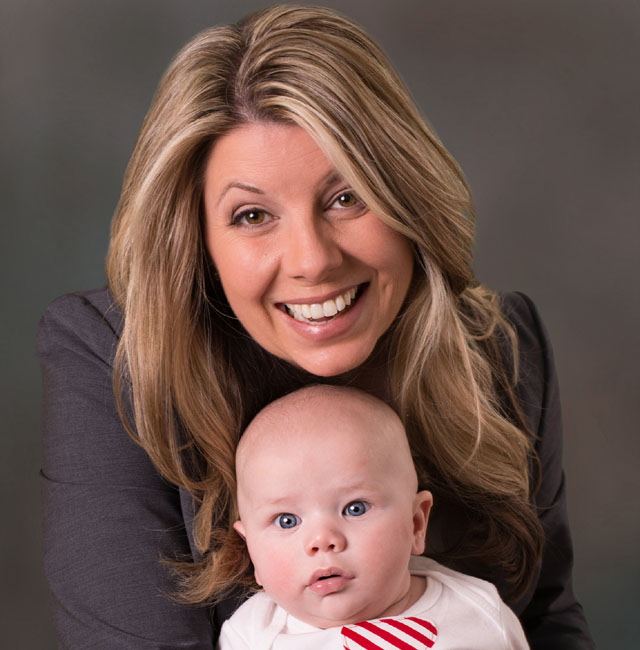 Having a baby can really rock your world, but for heart attack survivor Christine Gallagher the birth of her son, Will was the experience of a lifetime.

Gallagher, now 42, began feeling chest pains in her early thirties while living in Orlando, Florida.  She continued having those chest pains off and on for five years prior to her heart attack.

“I had visited the ER several times, and sought answers from two cardiology groups down there, but was always diagnosed with ‘anxiety,’ ” says Gallagher.

Although her symptoms lingered periodically, she continued living her life and in May of 2010 she was married.

A year later, at just 38 years old, after dinner with her husband, she began having the chest pains again, but this time it was different -- now she had shortness of breath and jaw pain as well.  Gallagher told her husband to take her home, but after throwing up, went to the hospital and eventually ended up at Providence Hospital.

“I wasn’t someone they paid a lot of attention to,” says Gallagher, “Because I really didn’t have any strong risk factors. I was released again and again.”

Gallagher thanks God every day that someone did pay attention and credits her survival with the skills and experience of those who cared for her at Providence.

Perhaps it was her spirit or maybe her resolve, but Gallagher still longed to have a child. It is rare that someone who survives a heart attack goes on to have a baby, but three years later, Gallagher did just that. Now she enjoys time with her family, works as a meteorologist at WLTX News 19 and leads a heart disease support group for women.

“There’s an emotional tie to the disease that is overlooked or sometimes not understood,” says Gallagher, “The WomenHeart support group helps heart disease patients know they’re not alone as they live with this incurable disease.”

So what is her advice to other women?

“Heart disease is the number one killer of women and many of us have an OB doctor and so many of us make sure we get our mammograms,” says Gallagher, “But who is your cardiologist? ”

Gallagher credits the heart attack for making her more grateful.

“This experience made both my husband and me realize how much we really love one another, and we can’t take our time together for granted,” says Gallagher. “And, it’s not the material things, but the people in your life, that matter.”

The WomenHeart Support Group is hosted the second Tuesday of every month at 6 p.m. For more information visit https://www.providencehospitals.com/patients-visitors/classes-events