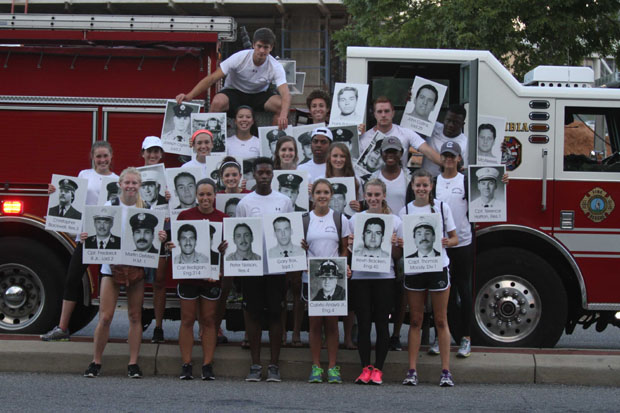 The third annual Stephen Siller Tunnel to Towers South Carolina 5K Run & Walk is set for Friday, September 18, 2015 at 7pm in Columbia’s Vista. Along a picturesque course spanning the Gervais Street and Blossom Street bridges at sunset, the race celebrates and appreciates first responders and military service members who serve, save and sacrifice on our behalf every day.

The race is named in honor of Stephen Siller, a New York City firefighter and father of five who died on September 11. That day, Siller was off-duty and on his way to play golf. When he heard what was happening at the World Trade Center, he strapped on 60 pounds of gear and ran from the Brooklyn Battery Tunnel to the World Trade Center. He gave his life to save others. The Stephen Siller Tunnel to Towers Foundation is committed to ensuring that Americans never forget 9/11 and that our children understand the sacrifices made by many on that day.

The route for the Stephen Siller Tunnel to Towers South Carolina 5K Run & Walk begins near the First Responders Historic Remembrance Memorial next to the Columbia Metropolitan Convention Center on Lincoln Street. Participants will travel down Blossom Street, across the Blossom Street Bridge, into Cayce, up the Gervais Street Bridge and back to Columbia’s Vista in the early evening.

The goal of Tunnel to Towers is to support first responders and military service members who have been catastrophically injured in the line of duty. Proceeds from the 5K will benefit the building of smart homes for quadruple and triple amputee veterans from the wars in Iraq and Afghanistan through the Stephen Siller Tunnel to Towers Foundation’s “Building for America’s Bravest” program.

In 2013 and 2014, participants included more than 800 Fort Jackson soldiers running in formation, South Carolina first responders, law enforcement officers, military service members from all branches of the Armed Forces, avid runners, families and teams from Lexington Medical Center, which is the presenting sponsor of the race. More than 2,000 people participated. Many more are expected this year.

There will be an opening ceremony at 6:30pm and a block party with an awards ceremony, music, food, beverages, vendor booths and family friendly activities after the race at Tin Roof on 1022 Senate Street.

You can register for South Carolina’s Tunnel to Towers 5K Walk and Run at www.t2trun.org. The entry fee is $30. Importantly, businesses and organizations are encouraged to build a team of participants.

Get Social with Tunnel to Towers!

For more information on the annual Tunnel to Towers and Stephen Siller, visit Tunnel2Towers.org